Revolution VLR railcar to be demonstrated in 2020 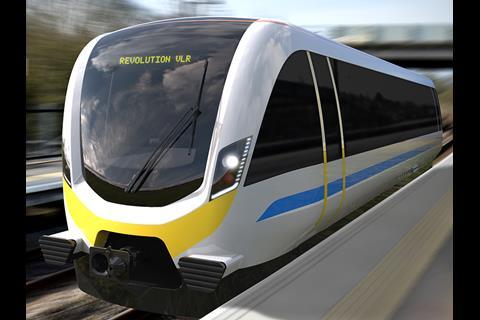 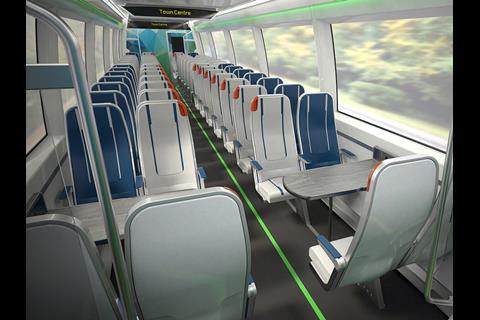 The concept is intended for low-traffic and feeder routes where the high cost of conventional rolling stock is currently a barrier to providing passenger services.

The 18 m long bidirectional vehicle would be a more advanced development of a ULR Express railcar which was designed and built by TDI and Severn Lamb in 2015 for employee transport on an industrial line at Konya in Turkey.

It would have a capacity of 56 seated and 60 standing passengers, with a tare weight of less than 1 tonne per linear metre, enabling it to run on lightweight modular slab track.

The University of Warwick’s Warwick Manufacturing Group is contributing expertise in use of lightweight materials in the automotive and aerospace sectors. The Cummins diesel engine would be paired with an advanced lithium titanate battery pack to support regenerative braking and provide ‘zero-emission’ departures for stations.

The physical design of the vehicle would be suitable for operation on heavy rail infrastructure, rather than tramways, but it would not meet the standards required for mixed operation with conventional trains and so would only operate on routes which can be fully segregated from other services.

The partners in the two-year project aim to produce a demonstrator vehicle which potential operators could use for trials from 2020. Various options are being studied for series production should orders be received.