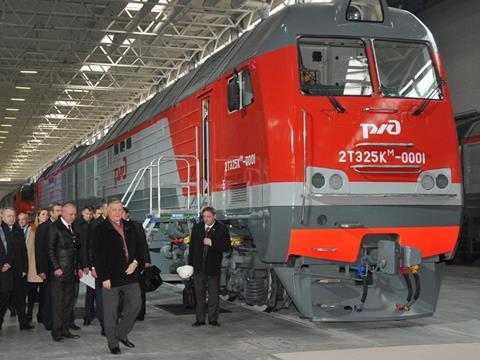 Two prototypes completed in December and February and are currently undergoing trials at the Shcherbinka test circuit near Moscow. A development of the 2TE116U, the twin-section 2TE25KM has Kolomna 18-9DG engines rated at 2 650 kW and a maximum speed of 120 km/h.

The locomotives are to be built at Transmashholding’s Bryansk plant, because the company’s Lugansk site is in the conflict zone in eastern Ukraine.