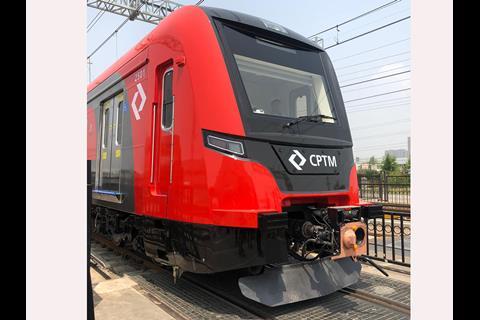 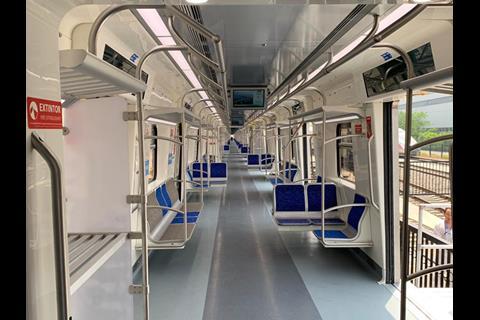 BRAZIL: CRRC Qingdao Sifang has unveiled the first of eight eight-car Class 2500 electric multiple-units that it is supplying for São Paulo suburban operator CPTM’s Line 13 to Guarulhos Airport under a contract awarded in September 2017.

The replacement trainsets are based on CRRC’s Type A metro train design. The 3 kV DC EMUs are 1 600 mm gauge, with four motor and four trailer cars and a maximum speed of 90 km/h.

Features for use on airport services include spaces for large luggage, and racks above the seats for small suitcases.