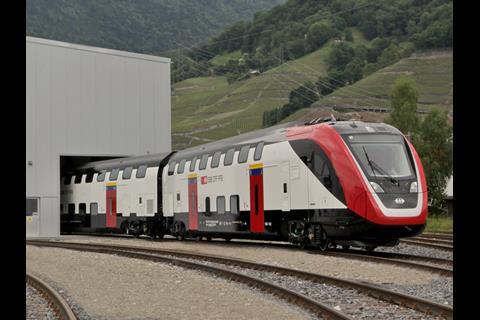 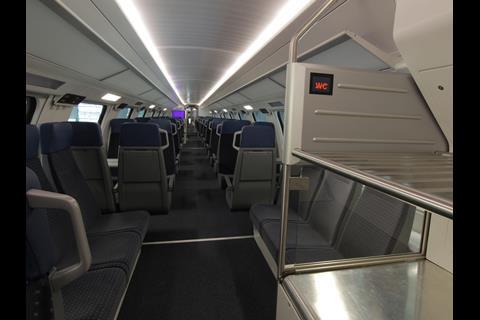 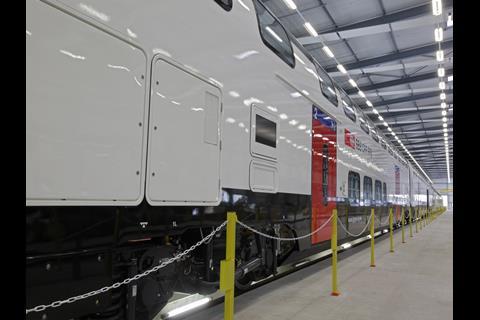 SBB announced the approval on June 8, when it formally unveiled one of the pre-series EMUs and provided a view of the interior design.

SBB awarded a SFr1·86bn order for 436 vehicles in June 2010, its largest ever single rolling stock contract, with deliveries planned for 2012-19. However a two-year delay was announced in April 2012, partly owing to problems with the body design. In November 2014 the entry into service was put back further to 2017, with all the EMUs now expected to be delivered by 2020.

This revised schedule required two pre-series trainsets to be verified as meeting SSB’s requirements by the end of May 2015. This milestone was achieved, following testing at Bombardier's Hennigsdorf plant in Germany, Villeneuve in Switzerland where a new static testing hall has been built, and at the Velim test circuit in the Czech Republic. Bombardier has also invested in its Görlitz plant to support the project.

Dynamic testing will now be undertaken on the SBB network, with seven pre-series EMUs scheduled to undergo trials ahead of entry into regular service from 2017.

Bombardier is to supply all 59 EMUs by the end of 2019, with a further three sets to be delivered free of charge in the first quarter of 2020 as compensation for the delays to the original project schedule.