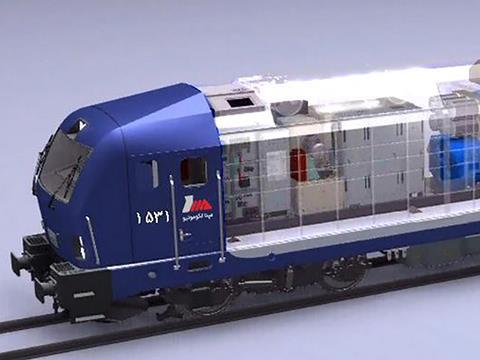 IRAN: Siemens has signed a contract to support the modernisation of the rail network and supply local industrial group MAPNA with components for the assembly of 50 Safir diesel-electric locomotives at its factory in Karaj.

The contract was signed on October 3 during an official visit to Iran by Germany’s Vice-Chancellor and Minister for Economic Affairs & Energy Sigmar Gabriel. It follows Siemens’ signing of a memorandum of understanding for co-operation with Islamic Republic of Iran Railways on January 6.

‘As Iran seeks to modernise its railway infrastructure, Siemens is proud to support these ambitions’, said Siemens management board member Siegfried Russwurm. ‘We are pleased to work with our partners at RAI and MAPNA Group and look forward to contributing to the country’s sustainable economic development, of which rail is a key component.’

In 2008 Siemens and MAPNA signed a technology transfer agreement covering the production of 150 ER24PC IranRunner diesel locomotives, the first 30 of which were delivered from Germany.