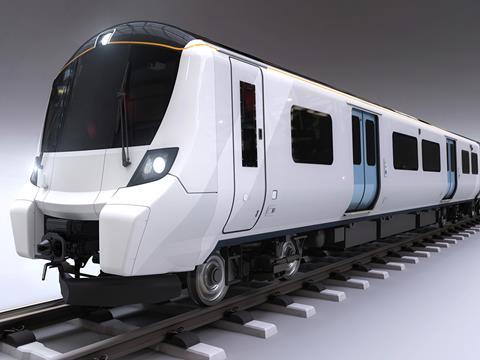 UK: Passenger franchisee Govia Thameslink Railway announced on December 22 that it had selected Siemens as preferred bidder for a contract to supply 25 six-car electric multiple-units for use on Great Northern suburban services from Welwyn Garden City, Hertford, Stevenage and Letchworth into London's Moorgate station from 2018.

The contract is expected to be finalised in the New Year. GTR is to run a separate competition to provide financing for the order, which would be worth more than £200m.

Intended to replace the ex-British Rail Class 313 fleet dating from 1976-77, GTR said the dual voltage 25 kV 50 Hz/750 V DC third rail EMUs would be a variant of the Class 700 Desiro City trainsets which Siemens is building for use on GTR’s Thameslink route.

The high-capacity trains will have full width inter-vehicle gangways, although will not have longitudinal seating. They will have air-conditioning, power sockets, 'the latest in passenger information systems', and be fully compliant with accessibility legislation. Toilets will not be fitted. Plans for the installation of wi-fi are being discussed with the Department for Transport as part of a wider programme for the GTR fleet.

'Coupled with the seven-day-a-week service to Moorgate that we started this month, these new trains will give our passengers a superior, modern, comfortable journey with more capacity, improved reliability, air-conditioning and passenger information systems that can be remotely updated to provide real-time information', said GTR Fleet Director Gerry McFadden.