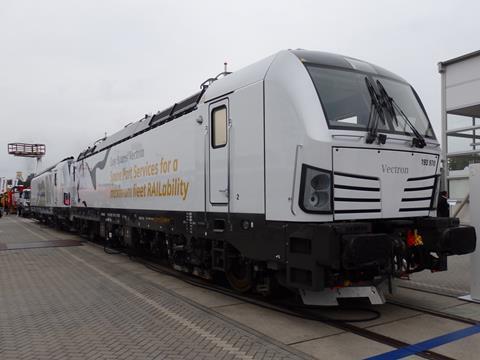 EUROPE: Siemens announced a contract to supply Lokomotion GmbH with eight Vectron multi-system electric locomotives on January 29, saying the München-based private freight operator was the 20th customer for the Vectron family and the order included the 300th to be sold.

The 6·4 MW locomotives with a maximum speed of 200 km/h are to be delivered from spring 2017. They are to be deployed on cross-border traffic between Germany, Austria and Italy, and will be equipped with ETCS as well as train protection systems for the three countries.