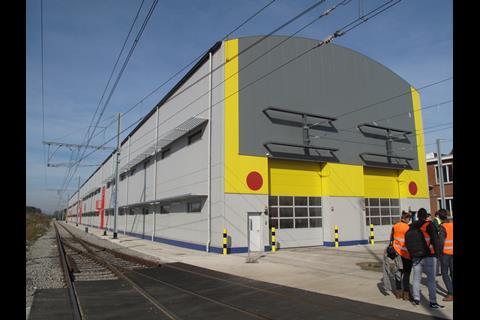 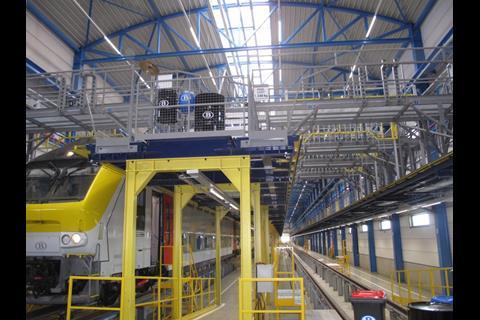 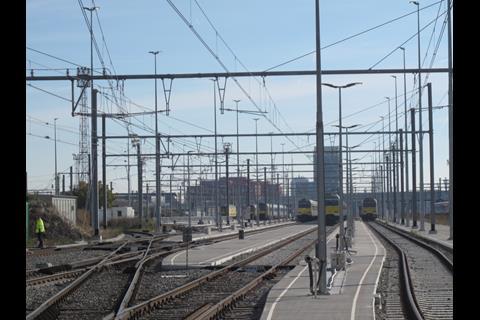 BELGIUM: An extension to the SNCB rolling stock workshops at Hasselt was formally opened on October 8, with a ceremony attended by CEO Sophie Dutordoir, the new Managing Director of SNCB Technics Gerd de Vos, Governor of Limburg Herman Reynders and the Mayor of Hasselt Nadja Vananroye.

Under development since 2011 as part of a €300m workshop remodelling programme, the €25m investment has included the construction of a 200 m long two-track servicing shed and outdoor cleaning sidings with toilet emptying and water filling points. This will release capacity in the current buildings to permit their modernisation in due course.

Built to meet the strictest environmental standards including rainwater harvesting and waste water treatment, the 8 014 m² building is designed to service SNCB’s double-deck push-pull trainsets formed of a 6 MW dual-system locomotive and six M6 coaches. The building will also be used to maintain the future M7 sets, which are due to be delivered from 2020 onwards.

Due to be fully operational from the December 2018 timetable change, Hasselt is the second of SNCB’s workshops to be modernised, following the opening of Liège Kinkempois in April. A new workshop at Melle is to follow, replacing existing facilities in Gent. This will also provide locomotive and wagon servicing for third parties including freight operators, enabling SNCB Technics to capitalise on its expertise in rolling stock maintenance.