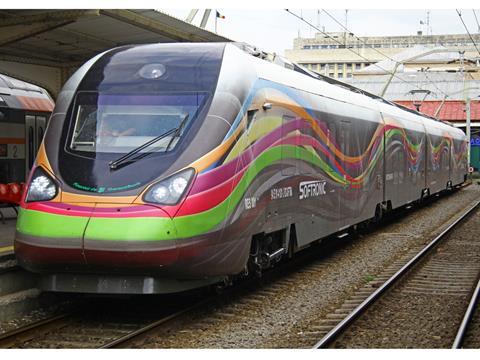 ROMANIA: As part of a promotional campaign for its 160 km/h Hyperion electric multiple-unit, the Softrans subsidiary of rolling stock manufacturer Softronic is running a daily Craiova – București – Constanța open access return service between August 1 and September 12.

This follows trials undertaken by national operator CFR Călători on the Craiova – București route during June and July.

It is designed for a maximum service speed of 160 km/h, and has reached 176 km/h on the Făurei test track. Passenger facilities include air-conditioning, power sockets, free wi-fi and a drinks vending machine.

From September 13 the EMU is to be deployed on Craiova – Brașov services.