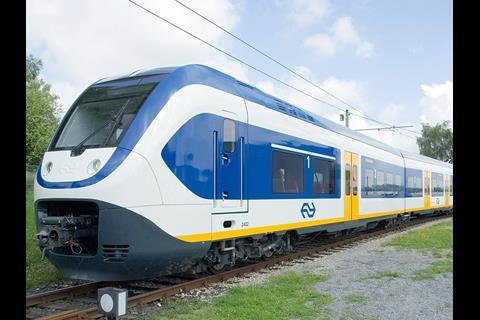 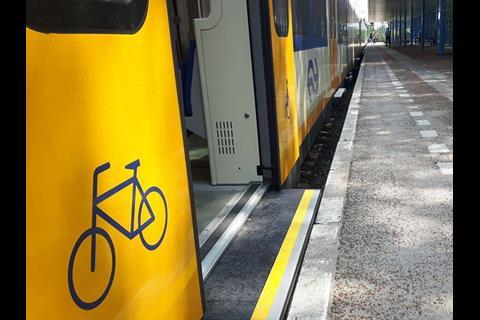 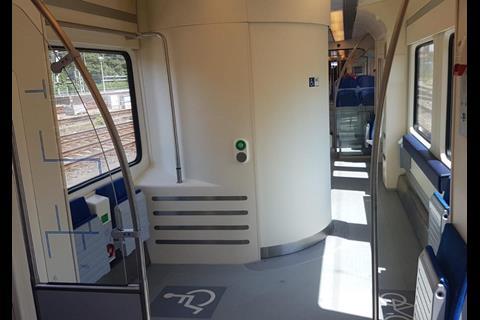 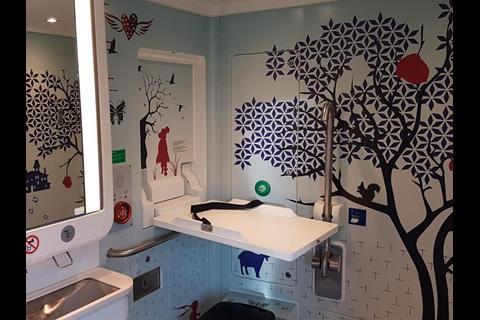 NETHERLANDS: National passenger operator NS has returned to service the first of its 131 Sprinter Lighttrain electric multiple-units which are being refurbished and ungraded to meet modern accessibility standards.

An initial three refurbished SLT units will operate in service until the end of the year to gather passenger feedback on the changes.

Changes planned in collaboration with the Leder(in) and Oogvereniging groups representing people with disabilities include fitting sliding steps at the doors, tactile information to help visually-impaired passengers navigate through the train, and two dedicated wheelchair spaces with emergency help buttons. There is also space for two more bicycles.

The EMUs have also been retrofitted with a wheelchair-accessible toilet with baby changing facilities. The government made the provision of toilets a requirement for trains operating on the national core network following staff and public complaints about the lack of facilities on the SLT units when built.

The units were ordered from a consortium of Bombardier and Siemens with the first order placed in 2005. The upgrading contract was awarded to the manufacturers in August 2015 through a negotiated contract as the changes require access to proprietary information and affect warranties.

The work is being undertaken at the Talbot Services site in Aachen. Two units are being modernised at any one time with the process taking around two weeks per trainset. All 131 SLT units are expected to be completed by the end of 2021.