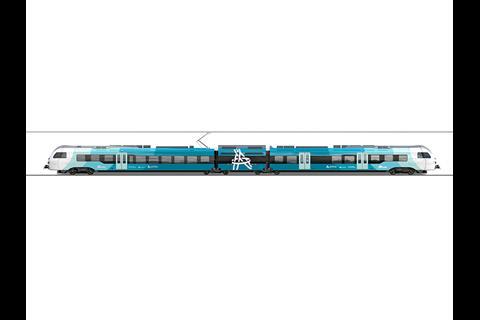 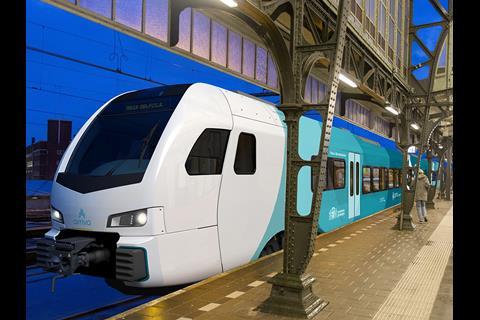 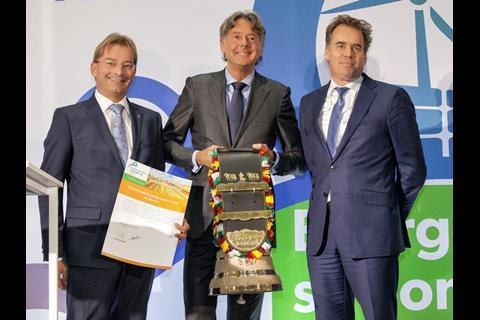 The Wink platform is intended for less busy secondary routes, and Stadler believes it could find applications in western and central Europe including the UK.

The modular structure of the Wink is based on Stadler’s Flirt family, and was developed with the internal project name Flirtino. Like Stadler’s GTW family of multiple-units, Wink has a central power module containing the energy generation, traction and auxiliary systems. This modularity means trainsets can be offered with a range of traction options, with diesel, biodiesel, electro-diesel, diesel-battery and electric-battery all envisaged.

Wink units would have around 150 seats and a total capacity of around 275 passengers, equivalent to a three-section GTW. The aluminium car bodies can be specified in increments of 1·8 m, with two, three or four sets of doors. The axleload is under 18 tonnes, and maximum speeds up to 160 km/h are offered.

Launch customer Arriva has placed a €170m order for 18 trainsets for use on regional services in Groningen and Friesland in the north of the Netherlands.

These will be powered by a Deutz diesel engine fuelled with hydrogenated vegetable oil when they enter services in 2020. They will also have onboard batteries to store regenerated braking energy, enabling the engines to be switched off when the trains are standing in stations for longer periods. Partial 1·5 kV DC electrification of the Leeuwarden – Groningen route is planned by 2025, at which point the diesel engines would be replaced with larger batteries charged from the overhead supply to provide power on the remaining non-electrified sections of the route.

The Wink trainsets for Arriva will be 55·5 m long, 2 820 mm wide and 4 120 mm high, with three doors per side and 135 fixed and 16 folding seats. They will be rated at 1 000 kW, with a maximum speed of 140 km/h. The ‘bright, welcoming’ interiors will have large windows, two quiet zones behind the cabs, a toilet, space for bicycles, pushchairs and wheelchairs, wi-fi and power sockets.