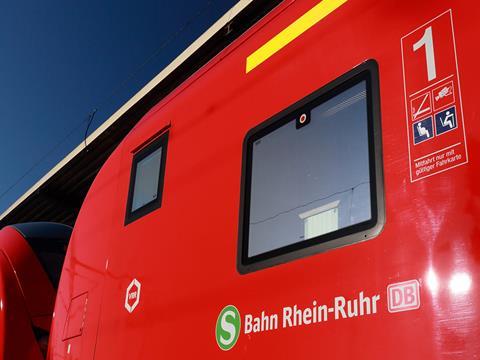 GERMANY: Rhein-Ruhr transport authority VRR announced on March 17 that it had selected Stadler Pankow to supply 41 electric multiple-units and maintain them for 30 years.

Stadler beat three other bidders to be named preferred bidder, and is expected to sign the contract following the customary 10-day standstill period.

The EMUs are to be deployed on S-Bahn routes S2, S3, S9, S28, RB3, RB40 and RB41 from December 2019, when a new operator is scheduled to take over and frequencies on the network will be increased. Tenders for the operating contract are to be called this year.

Last year VRR bought 48 existing Alstom/Bombardier Class 422 EMUs from DB Regio for use in routes S1 and S4, and awarded the incumbent a contract to maintain them for at least 15 years.