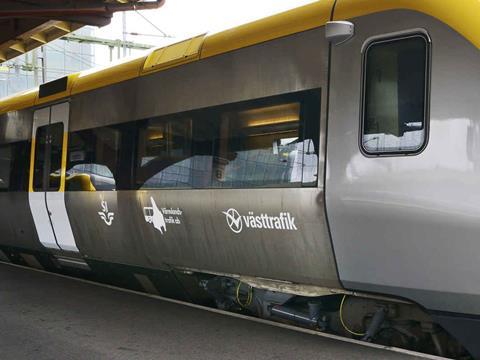 SWEDEN: Alstom has been awarded two contracts to maintain commuter and regional electric multiple-unit fleets, which will take the total number of trainsets it maintains in Sweden to 219.

One contract covers the maintenance of 63 EMUs, including 22 from Alstom’s Coradia Nordic family, on behalf of SJ which was awarded the next Västtågen operating contract in October. The maintenance contract came into effect in January and runs for nine years, with work to be undertaken at two depots in Göteborg.

Separately, DB subsidiary Arriva has awarded Alstom a contract to maintain the Östgöta Trafiken commuter fleet for 10 years from June 2015. The contract covers 19 EMUs, including 13 Coradia Nordic units, with the work to be undertaken in Boxholm.