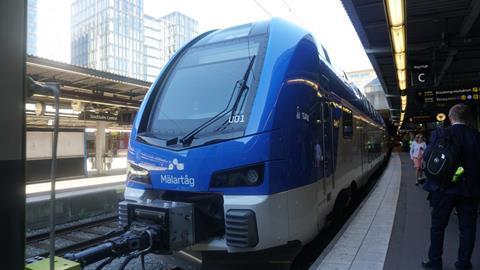 The firm order announced on June 16 has been placed as the second option on a contract signed in 2016 which covered an initial 33 EMUs worth SKr3·5bn for Mälartåg services with options for up to 110 more. A firm order for eight units for Uppsala Länstrafik was announced in February 2018.

The design forms part of Stadler’s Kiss family of double-deck EMUs, although that name is not used in Sweden.

‘Just like the trains that have already been in passenger service since December 2019, the newly ordered vehicles will correspond to the Scandinavian design line developed jointly with Transitio’, said Stadler’s Head of Sales, Ansgar Brockmeyer. ’The fact that we have received a follow-up order from Transitio so soon after the new double-decker trains started passenger operations is a great vote of confidence.’