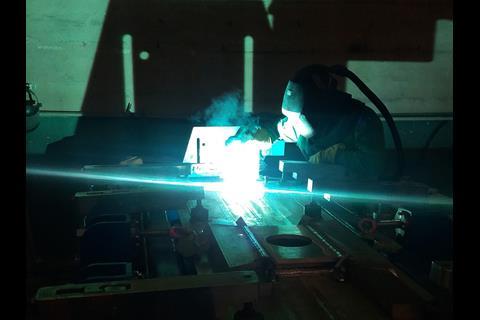 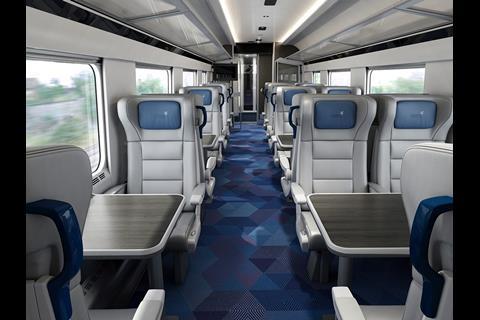 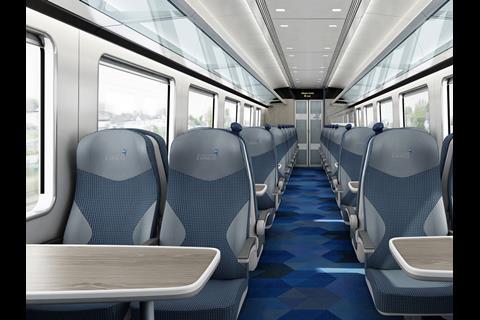 UK: Production of 66 push-pull coaches for use by TransPennine Express began at rolling stock manufacturer CAF’s factory at Beasain in Spain on October 27.

CAF is to deliver 13 five-car push-pull trainsets from 2018, plus one spare driving vehicle. Designated Mark 5A, the coaches will initially be used between Liverpool, Manchester, Huddersfield, Leeds, York, Scarborough and Newcastle. From 2019 they will also run to Middlesbrough. They will initially operate at up to 160 km/h, but have the capability to run at 200 km/h as routes are electrified.

Each trainset will have 287 seats, with power sockets at every pair of seats, free wi-fi, real-time travel information and an on-board media server streaming television programmes and films. An electronic seat reservation system will show whether a seat is free, occupied, or reserved for part of the journey.

TPE’s parent company FirstGroup undertook competitive tending for the supply of the rolling stock and separate financing. The order announced on May 20 is being financed by Beacon Rail, which also owns the Vossloh Class 68 diesel locomotives leased by Direct Rail Services which will be subleased to power the push-pull sets. Maintenance is to be undertaken by Alstom at Longsight in Manchester and Edge Hill in Liverpool.

The start of production is an ‘an important milestone in transforming rail travel across the North’, according to TransPennine Express Managing Director Leo Goodwin. ‘These new, modern trains will mean major improvements for customers that will really make a difference to the overall journey experience.’