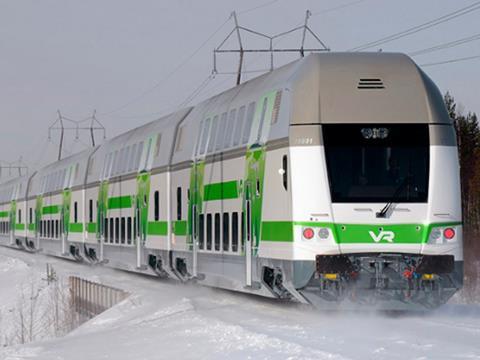 FINLAND: National operator VR has selected Transtech Oy as preferred bidder for a €90m contract to supply 27 double-deck coaches in 2016-17.

The sleeping cars will replace life-expired stock from the 1970s and 1980s on services to Kolari in the far north, and will have air-conditioning, power sockets, free wi-fi, and a toilet and shower in each compartment.

The order is the latest step in VR's €2bn programme to renew its locomotive and rolling stock fleet by the end of this decade.