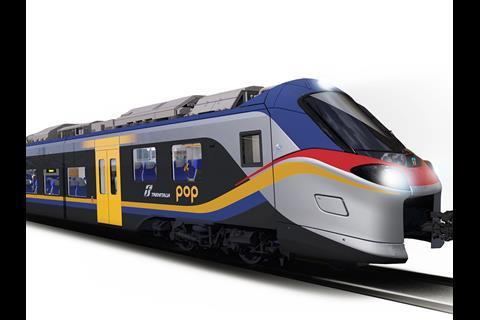 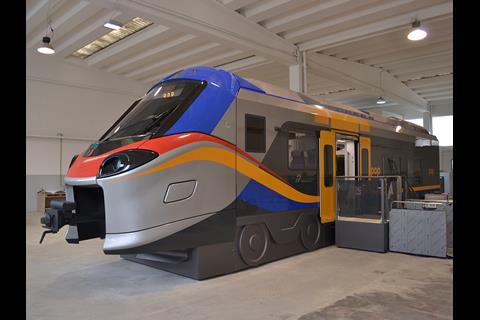 ITALY: National passenger operator Trenitalia has awarded Alstom four contracts to supply a total of 54 electric multiple-units for use in the Abruzzo (four EMUs), Liguria (15), Marche (four) and Veneto (31) regions.

The orders with a total value of around €330m have been placed within a August 2016 framework agreement for up to 150 trainsets, which included an initial firm order for 47 for the Emilia Romagna region.

Branded Pop by the operator, the regional version of Alstom’s Coradia Stream EMU family has a maximum speed of 160 km/h, more than 300 seats and low floors for easy access. The design enables operators to select interior layouts with more seats for longer journeys or increased standing room for shorter trips, and the layout can be adapted for seasonal needs such as fitting bicycle or ski racks. Other options include power sockets, wi-fi, drink and snack vending machines and multimedia services with audio and video infotainment feeds.

The EMUs are manufactured and certified at Alstom’s site in Savigliano, with design and manufacturing of the traction system at Sesto San Giovanni and signalling systems from the Bologna.

‘We are very pleased that Trenitalia and Abruzzo, Liguria, Marche and Veneto have renewed their confidence in Alstom’s Coradia range of regional trains and we hope to get on board with other regions’, said Michele Viale, Managing Director of Alstom in Italy, on March 26. ‘The Pop is proving to be widely appreciated by local authorities and by passengers, who got a glimpse of it in full-scale mock-up form during a recent roadshow.’