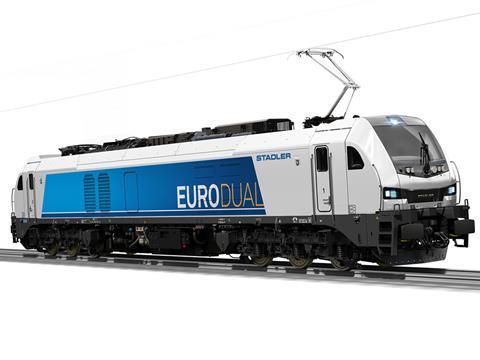 Stadler said the order announced on August 27 was its first contract in Turkey, and they would be the first electro-diesel locomotives in the country.

They will be rated at 2·8 MW in diesel mode and 6·15 MW under 25 kV 50 Hz electrification, with ‘outstanding tractive effort of up to 500 kN thanks to six powered axles and a state-of-the-art adhesion control system’. This will enable a single loco to haul fuel trains of up to 2 000 tonnes and handle steep gradients.

Körfez Ulaştırma was the first private operator to secure a freight licence when the government began issuing them two years ago. It began operations in December 2017, since when it has transported 3 million tonnes of freight. It was founded to maximise its parent company’s use of rail for oil transport, but also targets growth through the movement of other goods.

‘We are rapidly growing our resources to increase our share in rail freight market’, said General Manager Tufan Başarır when the latest order was announced. ‘The addition of powerful Eurodual locomotives in our fleet will support our rail operations, providing us with a strong competitive advantage.’

The Stadler locos would be the first to be imported for a private operator, he added; the PowerHaul locos were produced in Turkey.