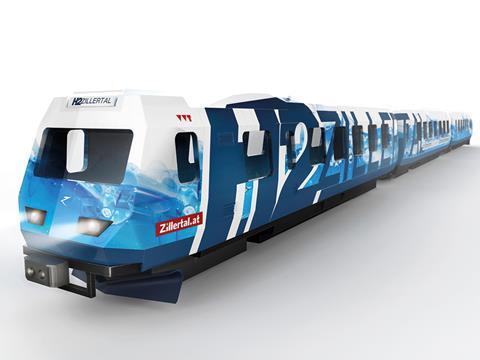 AUSTRIA: Zillertalbahn operator ZVB announced on May 15 that it had selected Stadler to supply five hydrogen fuelled multiple-units for its 760 mm gauge line.

ZVB currently uses diesel multiple-units on the 31·7 km route linking Jenbach with Mayrhofen. A €156 million electrification plan was announced in 2015, but the installation of catenary was opposed by some local authorities along the line. As a result, in February this year the ZVB announced a €80m plan to fuel trains using hydrogen, which could be produced using local hydropower.

Alstom did not submit a final offer for the rolling stock contract owing to a shortage of production capacity, while a bid from China was rejected because of quality concerns.