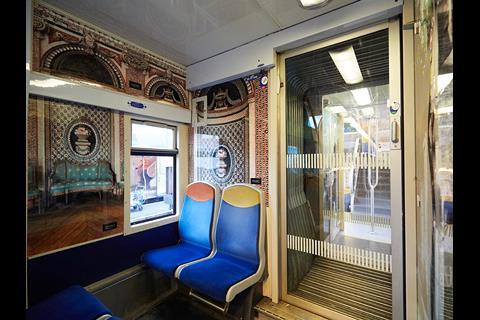 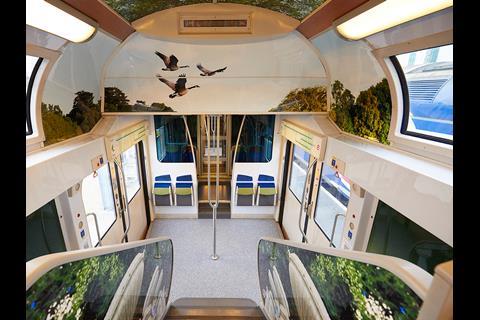 FRANCE: To promote the architectural and natural heritage of the region they serve, SNCF is decorating the interiors of five trainsets deployed on Line N of the Transilien suburban network, running from Paris Montparnasse to Mantes-la-Jolie, Dreux and Rambouillet.

The programme being undertaken in conjunction with CMN, the government agency responsible for historic monuments, is due for completion by the end of 2017.

Interior vinyls have been applied to four cars of a seven-car trainset, depicting both the château of Rambouillet and the 20 000 ha woodland that adjoins it. Working closely with SNCF’s Montrouge rolling stock maintenance facility, 10 staff from specialist supplier SIP have applied 720 m2 of film cut into 850 individual pieces.

The current initiative follows similar train interiors specially decorated to promote the palace of Versailles on Line C in 2012, impressionist art on Line J in 2013 and the 120th anniversary of cinema on Line D in 2016.