Tramlink transferred to Transport for London 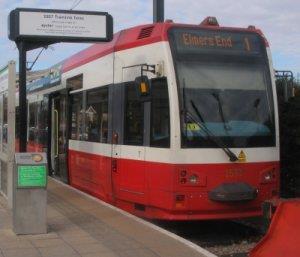 UK: Ownership of the Tramlink light rail system in Croydon was transferred to Transport for London on June 27. Tramtrack Croydon Ltd held a 99-year private finance initiative concession to build and operate the 28 km network, but on March 17 the shareholders accepted TfL's offer to purchase the business for £98m. FirstGroup remains as operating subcontractor.

Disputes had arisen over the terms of the PFI contract, and TfL said that buying TCL meant it would 'no longer need to pay substantial amounts of compensation for Tramtrack Croydon to keep fares low'. Revenue support was £4m in 2007 and was 'expected to increase significantly' over the remaining 88 years of the concession.

On June 23 TfL London Rail Managing Director Ian Brown told Rail Business Intelligence that although TfL has plans to extend the network, his immediate concern was to tackle an apparent maintenance backlog. 'The shelters, the trams are dowdy. We want to do the fabric stuff first before the grand stuff'. According to Brown, TfL Commissioner Peter Hendy is 'very keen that the frequency is not less than every 15 min. Half-hourly for a tram network … especially in the evening, is not really trying very hard'.

Asked whether the tram fleet would be expanded, Brown said 'you've got to look at options for increased capacity, and that can be different financing options, different trams, old trams, new trams - that's a longer stage subject to funding.' A 'horizon study' for Croydon will 'determine what we were expecting from [the light rail network] over the long term'.