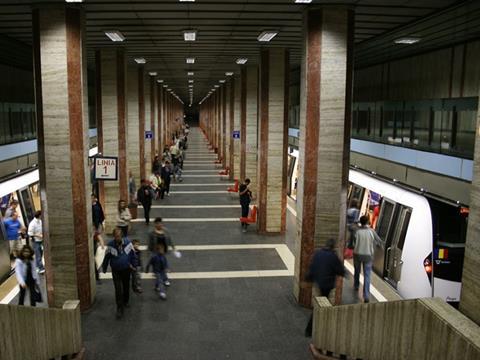 ROMANIA: București metro authority Metrorex has awarded a consortium of Metroul and Amberg Engineering an €8·4m, 22-month contract to undertake pre-feasibility and feasibility studies for a southern extension of metro Line 4.

The contract winner beat a bid from a consortium of Egis Rail and BG Ingénieurs Conseils. The work is being funded with a grant from the Swiss government’s State Secretariat for Economic Affairs (SECO). In September 2013 Romania signed an agreement with SECO for SFr8·5m towards the project.

The 15 km extension from Gara de Nord to Gara Progresul with 15 stations would cost an estimated €1bn to build.

Meanwhile, the EU has approved a further €34m in cohesion funds for the second phase of Line 4. Astaldi is acting as contractor for the northern extension to Străulești.