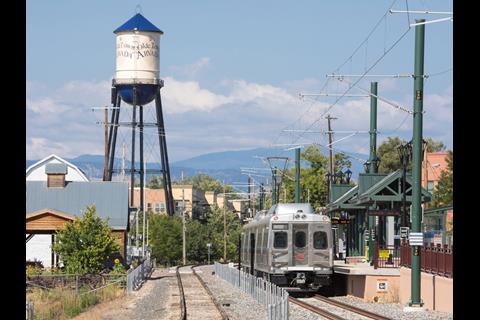 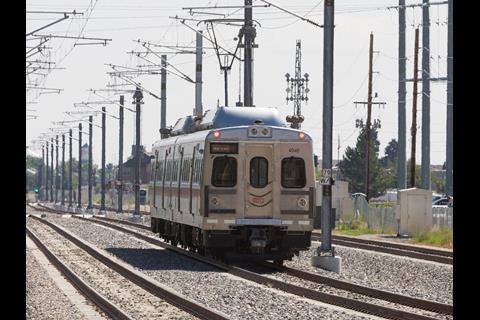 The 17·6 km route shares tracks with the B Line from Union Station to Pecos Junction, where the G Line branches off towards Wheat Ridge in the west, serving four intermediate stations. Services on the G Line operate between 04.00 and 00.30, with 15 min peak and 30 min off-peak frequencies. The end-to-end journey time is 27 min. Services are operated by Denver Transit Partners under a PPP concession.

Known during construction as the Gold Line, the project is part of Denver RTD’s FasTracks expansion plan that includes commuter rail and light rail lines. Work on the G Line began in August 2011, and the route was originally scheduled to open in October 2016. Opening was delayed owing to problems with level crossing barriers.