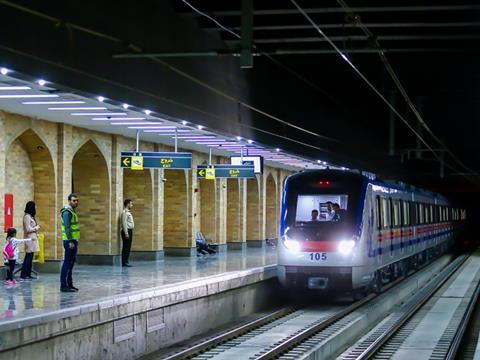 IRAN: The sole line of the Esfahan metro was extended south from Azadi to Soffeh on July 10. The 4 km extension adds four stations, taking Line 1 to 20·2 km with 20 stations.

On the same day two infill stations were opened on the northern section of the line: Imam Hossein and Enghelab.

The first phase of Line 1 opened in October 2015 and the route has been extended in phases.