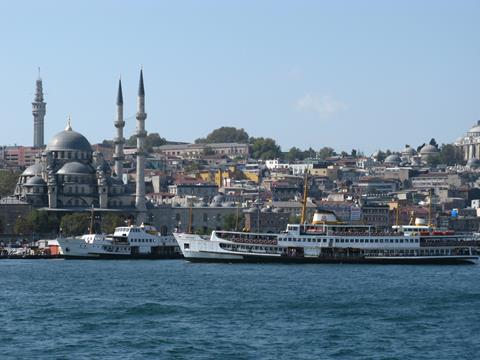 TURKEY: The Ministry of Transport & Infrastructure is planning to build a metro line connecting the European and Asian sides of Istanbul, using a three-level road and rail tunnel to cross the Bosporus.

The 30·2 km route would link Incirli on the Thracian side with Söğütlüçeşme in Anatolia. There would be four stations on the Asian side, including interchanges with the Marmaray suburban line, as well as metro lines M4 and the future M5.

On the European side, the line would serve 11 stations, including interchanges with existing and future metro, tram and rail lines at Mecidiyeköy, Gayrettepe, Haliç, Topkapı, Vatan and Yenikapı. It would use 24·5 km of 6 m diameter twin bore tunnels, including a tunnel under the Golden Horn.

The line would have a design capacity of 1·5 million passengers a day. The ministry’s Directorate of Infrastructure Investment has conducted test drilling at seven sites along the planned route and says that the first tenders could be called later this year.