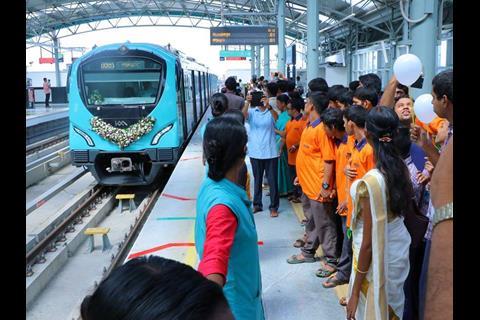 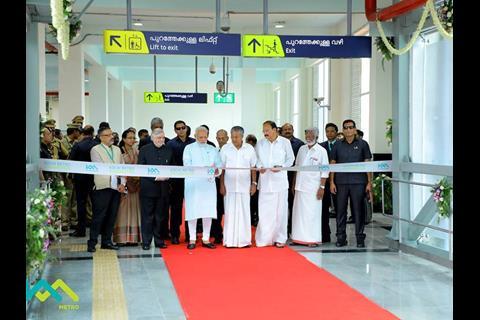 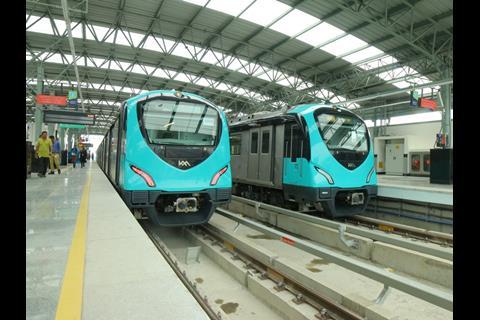 INDIA: Revenue services on the first phase of the Kochi metro started on June 19, two days after an official inauguration by Prime Minister Narendra Modi.

The 13 km section from Aluva to Palarivattom forms the northern part of what will eventually be a 25·6 km route from Aluva in the north to Pettah in the south. The remainder is due to open in phases over the next two years, and will add 11 stations to the 11 that are currently open.

Services run between 06.00 and 22.00, with a fleet of six trainsets giving a 10 min frequency. Construction of the elevated line started in June 2013 and is being undertaken by Larsen & Toubro. Test running started in February 2016.

Alstom has supplied 25 three-car Metropolis trainsets from its Sricity factory in Andhra Pradesh. These have capacity for 975 passengers including 136 seated, and are equipped with CCTV and USB charging points. The trains draw power at 750 V DC using a bottom-contact third rail. Alstom has also supplied CBTC signalling, telecoms and SCADA systems.