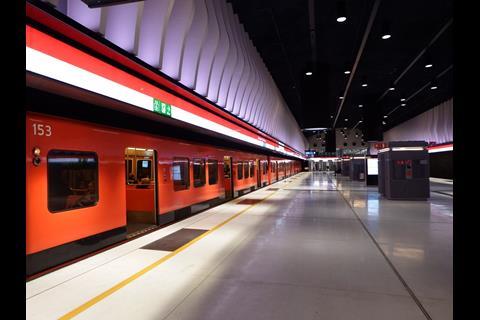 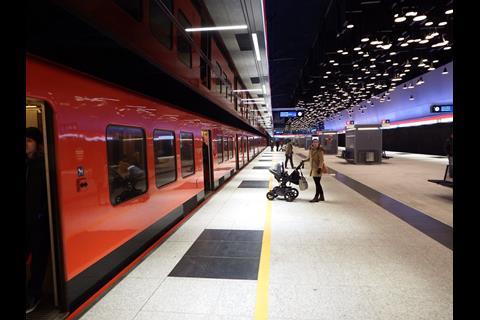 FINLAND: The first phase of the Länsimetro extension of the Helsinki metro into Espoo opened to passengers on November 18.

The 13·5 km western extension from Ruoholahti to Matinkylä in Espoo has eight underground stations. It was built by Länsimetro Oy and has a forecast ridership of 100 000 passengers a day.

Approval for the extension was granted in April 2007 and construction started in November 2009. The original budget for construction and rolling stock procurement was €714m, to be financed by the cities of Espoo (72%) and Helsinki (28%).

In February 2014 Espoo city council approved the 6·8 km second phase from Matinkylä to Kivenlahti with five stations. Opening is planned for 2020 at the earliest, with the estimated €801m cost being met partly through EIB financing worth €450m.