Trams on test in Piraeus 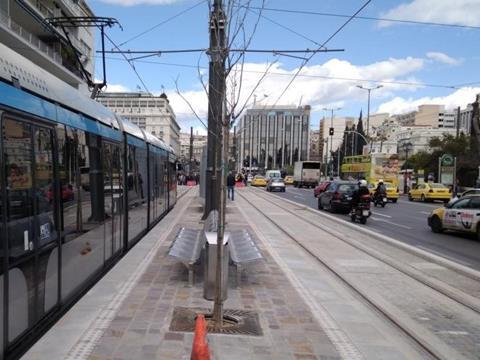 GREECE: Testing on an extension of the Athens tram network to Piraeus began on February 7.

The 5·4 km single-track loop runs through the centre of Piraeus to the port. Starting at Neo Faliro station on metro Line 1, it runs to Akti Posidonos, before returning to terminate at Peace & Friendship Stadium. The 12-stop extension is expected to carry 35 000 passengers a day.

Themeli has built the extension under a €61·5m contract signed with Attiko Metro in January 2013. Edilon Sedra has supplied its Corkelast embedded track and floating slab track to reduce noise and vibration. Alstom is supplying 25 trams under a €54m contract signed in July 2018.

A further extensions to Kallipoli, with 10 stops, is planned, followed in the longer term by a 3·8 km, six-stop extension to Keratsini. Extensions of other parts of the tram network are planned from Elliniko to Argyroupoli (1·1 km) and Syntagma to Aigyptou (2·2 km).