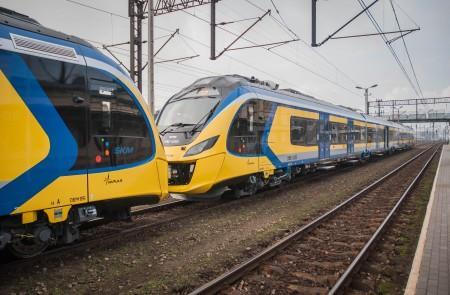 Newag signed a 35·6m złoty contract on March 23 2015 to supply two four-car EMUs, which are to be used mainly on the Wejherowo – Tczew route. The trainsets are 74·4 m long with capacity for 529 passengers including 170 seated. Each car has four doors, and the floor height is adapted to the SKM platform level of 960 mm, which is 200 mm higher than the standard Impuls 31WE. There are also retractable ramps.