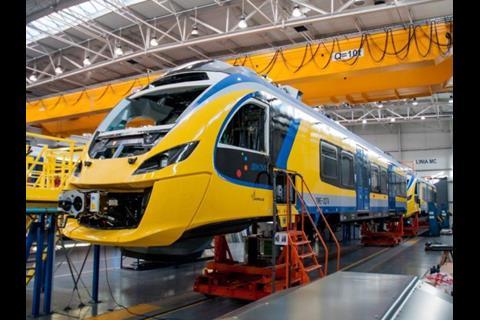 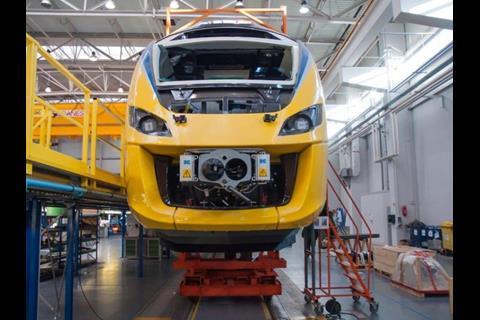 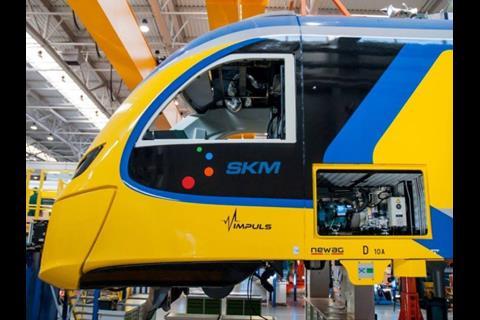 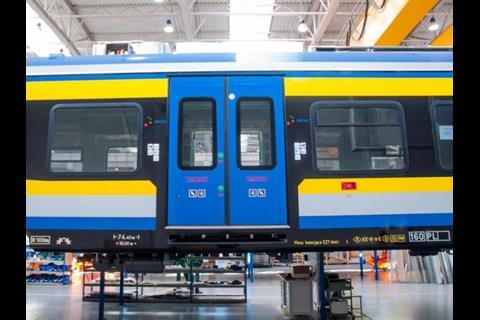 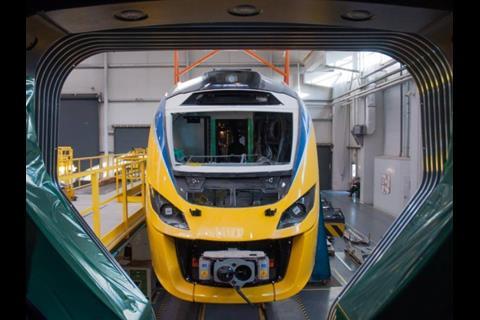 POLAND: The two electric multiple-units that Newag is supplying to Gdańsk-Gdynia-Sopot suburban operator SKM w Trójmieście are nearing completion at the manufacturer’s factory in Nowy Sącz. The first is expected to arrive in the Trójmiasto conurbation around February 20, with the second due around 10 days later, and both are expected to enter passenger service on March 10.

SKM signed a 35·6m złoty contract in March 2015 for two four-car EMUs from Newag’s Impuls family, which are to be used mainly on the Wejherowo – Tczew route. The 74·4 m long trainsets have capacity for 511 passengers including 152 seated, and a floor height of 960 mm above the rail, with retractable ramps to allow step-free boarding. Maximum speed is 160 km/h.

The air-conditioned sets include cycle spaces, PRM-compliant toilets, passenger information screens, ticket vending machines, seats with power sockets, a passenger-to-driver intercom, internal and external CCTV and a passenger counting system. The livery has been chosen by readers of the trojmiasto.pl web portal.

If its operating contract is renewed after it expires in December 2016, SKM intends to purchase 10 more five- to seven-car EMUs in the coming years.