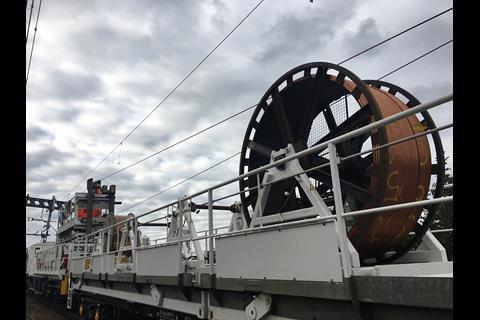 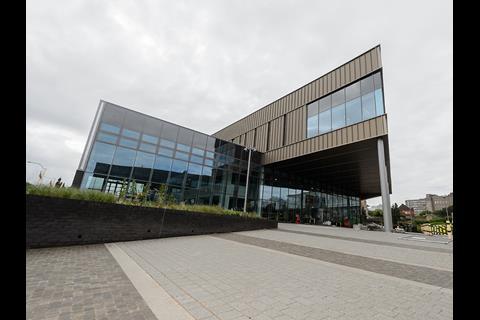 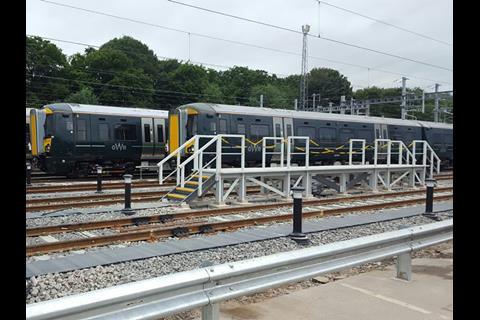 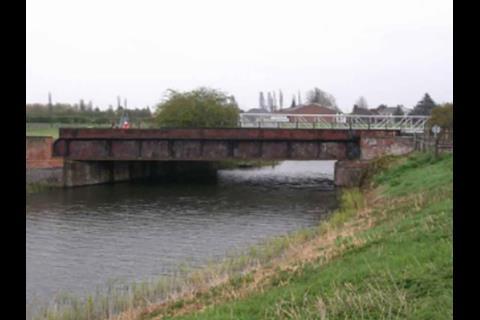 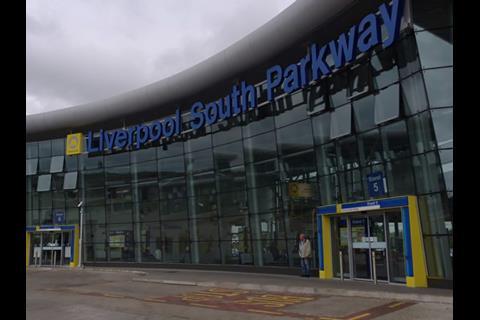 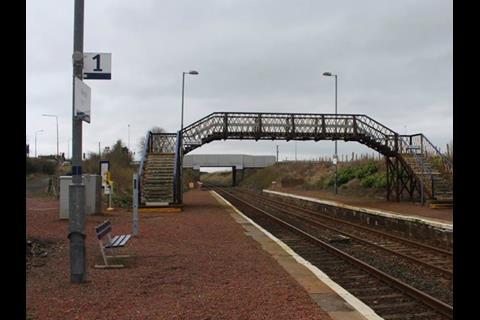 Over the weekend of September 23-24 Network Rail renewed 1 km of replacement overhead electrification on the Southend Victoria branch as part of a £46m programme which wil see a total of 128 km replaced. The replacement wires will be tensioned with weights to reduce the need for speed restrictions when the current wires sag during hot weather.

Ahead of temporary closure of Liverpool Lime Street station for remodelling, Network Rail has built a 150 m temporary extension of platform 4 at Liverpool South Parkway using scaffolding around existing overhead line structures. ‘Liverpool South Parkway station is going to act as a major interchange station during Lime Street’s major transformation’, said NR Senior Project Manager Sean Hyland. ‘In order to prepare for this we’ve completed vital platform extension works to allow passengers travelling on Virgin services to alight at South Parkway during the upgrade, ready to pick up the next Merseyrail service into Liverpool.’

Balfour Beatty installed GRP modular access platforms and walkways from Dura Composites at sidings which have been built at Maidenhead as part of the Great Western electrification programme. Balfour Beatty’s Rafal Konstanty said non-conductive, lightweight and virtually maintenance-free GRP was ‘ideal’ for the project because the walkways and access platforms are under 25 kV 50 Hz electrification.

On behalf of Transport Scotland, Network Rail is seeking final submissions by October 2 for the consultation on the proposed closure of Breich station. The unmanned station is served by one train per day in each direction on six days a week, with an official patronage of 138 in 2015-16. NR estimates that a saving of £1·4m could be made if the Scottish Government opts to close rather than modernise the station.

Aggregate Industries supplied groundwork and civil engineering contractor McDermotts with 1 500 m3 of ready-mixed concrete for the construction of the National College for High Speed Rail in Birmingham.