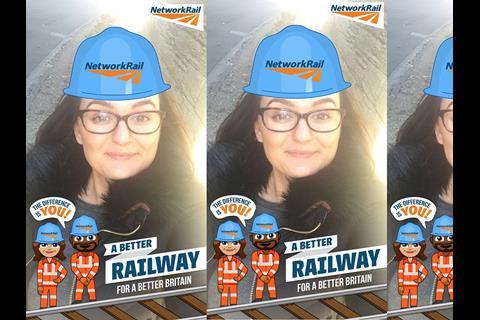 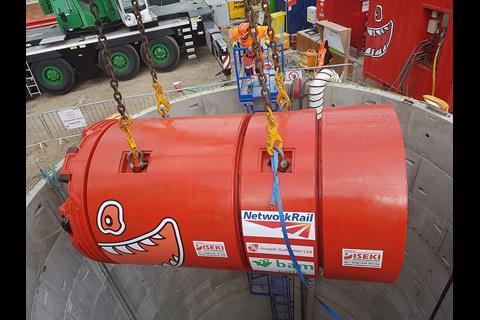 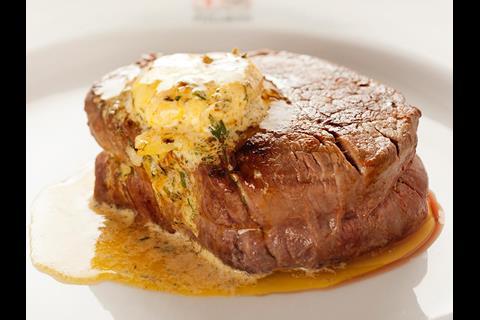 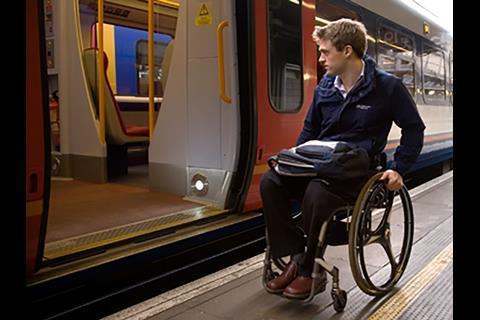 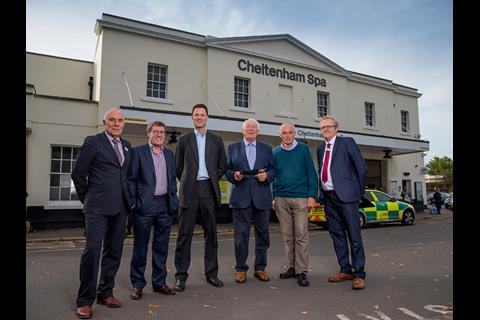 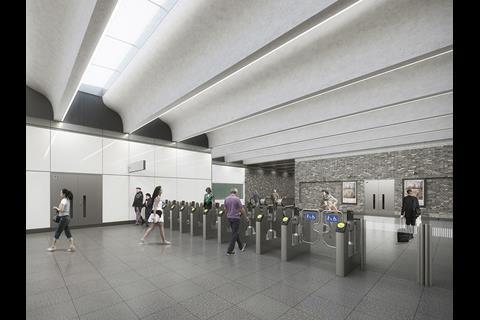 The Railway Study Association merged with the Chartered Institute of Logistics & Transport with effect from October 6. Within CILT, a newly-formed Railway Studies Association Forum will put on events, study tours and seminars.

Greater Anglia is to introduce GoMedia's on-board infotainment system, with advertising and sponsorship managed by KBH Digital. Passengers can stream content to their own smart devices through an app or via a web browser.

As part of its campaign to attract new talent to the rail industry, Network Rail has made a Snapchat filter available at Newcastle, Leeds, York, Doncaster and Sheffield stations which allows users to pose while wearing a blue hard hat. 'Our apprenticeship scheme is one of the best out there', said Route Managing Director Rob McIntosh. 'With the ever-changing technology platforms that exist today, people engage with organisations differently and this Snapchat filter is a small but significant step towards engaging with an audience in a way that we have not done before.'

Transport Secretary Chris Grayling opened the Alstom Academy for Rail in Widnes on October 4. It is due to take on 20 apprentices this autumn, and offer a further 30 places to Alstom staff. A total of 500 apprentices are expected over the next five years. Students will take engineering classes at local colleges and then learn rail-specific skills at the academy.

The EU’s INTERREG VA Programme is to provide €23·5m for the modernisation of Londonderry Waterside station as a multimodal hub for cross-border travel. Northern Ireland’s Department of Infrastructure will provide a further £7·4m, and the Republic of Ireland's Department of Transport, Tourism & Sport is also contributing.

The Department for Transport and RSSB have launched a competition offering £600 000 of grant funding to small and medium-sized enterprises, universities, charities, infrastructure managers or train operators seeking to develop ‘innovative solutions for improving physical access to and at stations’, and ‘novel approaches to improving access to rail for people with less visible impairments’.

BAM Nuttall has taken delivery of a 2·40 m diameter Iseki tunnel boring machine which will be used to construct a 187 m tunnel at Bermondsey in south London to carry power cables to a substation as part of the Thameslink Programme.

Virgin Trains East Coast has announced that its December 2017 timetable change will provide ‘the biggest boost to Saturday services in more than 25 years’, with only six fewer services than on weekdays. A weekday 4.40 service from York will provide early travellers with the possibility of spending an extra 1 h 12 min in London than under the current timetable.

Stagecoach's geographically dispersed Rail Business Development team has begun using a bespoke version of Cloud B2B Solutions' Purchase Invoice Approval software to automate its purchase invoice approval process. 'We have put the key processes on screen, which gives us the advantages of speed, traceability and auditability that a paper-based system did not have', according to Donna Haigh, RBD Finance Manager.

This month Great Western Railway is to introduce a new menu on its Pullman services, developed through an ongoing partnership with chef and restaurateur Mitch Tonks.

Services between Inverness and Keith are suspended for 10 days from October 10 while Network Rail and main contractor BAM Nuttall lay 1·5 km of track in Forres and 1·2 km in Elgin, complete the new Forres station, extend platforms at Elgin, upgrade Elgin level crossing with full barriers and CCTV, remove redundant signal boxes at Elgin and Forres, and upgrade the signalling between Elgin and Inverness. This forms part of the Aberdeen – Inverness Improvement Project to provide a daytime hourly service between Inverness and Elgin by December 2018 and a half hourly service between Aberdeen and Inverurie by the end of 2019. An hourly end-to-end service is planned in the longer term.

Great Western Railway, Network Rail, Cheltenham Borough Council and Gloucestershire County Council have launched a four-week consultation on plans to upgrade Cheltenham Spa station in 2018-19. This would include improving the interchange with buses and taxis, creating a pedestrianised public space in the forecourt, more cycle parking and adding a deck to the car park. This would be funded by GFirst LEP, the Department for Transport, Network Rail, GWR and the county council.

The National Training Academy for Rail in Northampton is to hold an event for ex-forces personnel on November 23 to illustrate how military skills and experiences can be translated into roles within the rail industry. Companies represented will include Siemens, Bombardier, Hitachi, Eurostar and Northern.