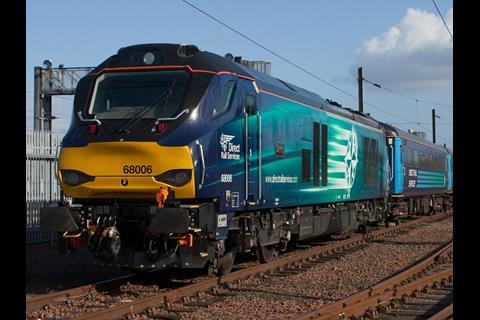 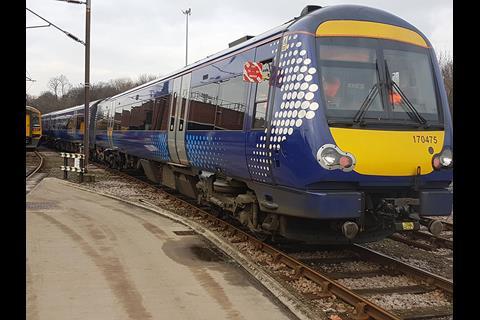 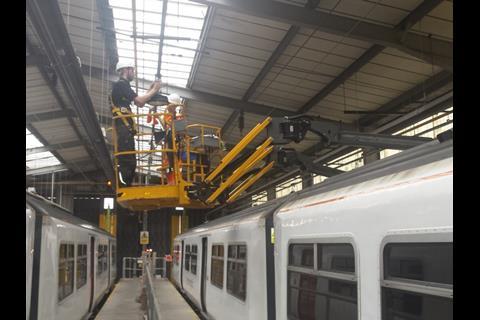 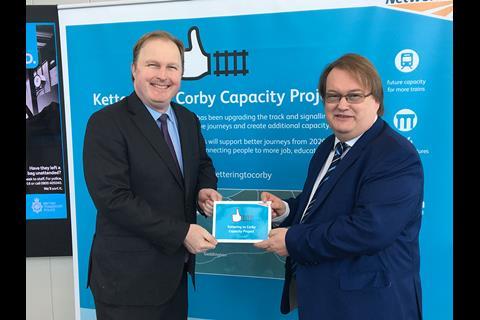 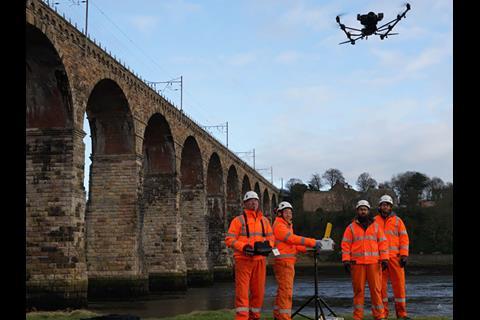 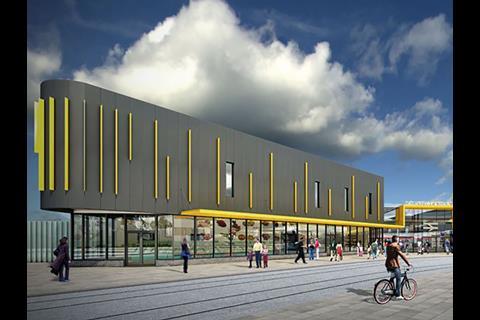 The 10 000 'millennial' Railcards for 26 to 30-year-olds which were made available on March 13 sold out, with demand overwhelming the website. The railcards offered on a trial basis cost £30 for one year and offer a third off most fares

Playing on stereotypes of the dietary habits of millennials, from March 14 until midnight on March 20 Virgin Trains is running a promotion enabling qualifying passengers who were unable to a buy the new railcard to receive the same discount if they present photo ID and an avocado at the ticket office.

NI Railways has awarded Linmag International a contract to provide a mobile rail milling machine for trials on the 1 600 mm gauge network.

In its response to public consultation on the proposed Crewe Hub, the Department for Transport has amended plans for HS2 Phase 2A from Birmingham to Crewe. This includes 400 m platforms at Crewe to allow longer HS2 trains to split and join, providing opportunities to serve more destinations. The future West Coast Partnership franchisee will be asked to include a high speed service to Stoke-on-Trent in its plans.

Following a preliminary examination of the circumstances, the Rail Accident Investigation Branch is to launch a full investigation into the events near Lewisham on March 2, when Southeastern passengers disembarked from stranded trains onto the line. On March 13 RAIB said it would publish further details of the scope of the investigation on its website within two weeks.

Transport for London has extended Bombardier Transportation's 2006 contract to maintain the Class 378 electric multiple-units it supplied for London Overground services. The extension from December 2023 to May 2030 is worth £106m. 'We were able to show improved value for money, and through collaborative work with the customer, reduced service locations and extended maintenance intervals', said Richard Hunter, UK Managing Director of Bombardier Transportation when the deal was announced on March 14.

On March 14 the Office of Rail & Road launched a market study into the supply of ticket vending machines and automatic ticket gates. This study follows ORR work looking into the wider markets for ticketing equipment and systems, which identified concerns that high concentration and a lack of effective competition may be causing higher prices, reductions in quality, and stifling innovation.

Commenting on the Chancellor’s Spring Statement on March 13, Paul Plummer, Chief Executive of the Rail Delivery Group, said ‘the re-affirmed backing of the Cambridge, Milton Keynes and Oxford corridor is good news, as is government funding for local transport schemes’.

Greater Anglia has installed Carbon8 LED lighting at its Clacton depot in a £65 000 project which is expected to save around £12 000/year in energy costs. It has also installed solar powered lights at Chappel & Wakes Colne station.

Northern's Neville Hill depot has taken delivery of the first two of 16 Class 170 DMUs which are being transferred from ScotRail this year. They are to be refurbished before being deployed on services between York, Harrogate and Leeds from May.

Network Rail has completed a £130m project launched in 2014 to increase capacity on the line between Kettering and Corby. This included 12 km of new and 9 km of relaid track, strengthening 14 bridges and viaducts and installing 4 km of drainage and 73 km of cabling.

The Sycamore Trust is working with Greater Anglia to run autism awareness courses, giving the operator's staff the opportunity to find out more about supporting autism in the workplace and helping autistic customers.

Grand Central has begun consultation with other train companies and Network Rail regarding its plans for a sixth daily Sunderland – London service and to increase its West Yorkshire services to six southbound and five northbound. Following the consultation, the open access operator intends to submit an application to the Office of Rail & Road for the extra paths.

From March 12 a DRS Class 68 locomotive has replaced one of the Class 37s hauling certain Northern services on the Cumbrian Coast line.

Network Rail's LNE&EM Route structures asset management team has been working with AECOM and drone company Cyberhawk to test the use of unmanned aerial vehicles to inspect large structures such as viaducts. As well as being cheaper, this has reduced the need for possessions, track access and abseiling. The images produced are being stitched together to create high quality 2D elevations, 3D models and also cloud point surveys, avoiding the need for a separate dimensional survey.

On March 8 Galliford Try announced that its Building business had reached financial close with Wolverhampton Interchange Partnership to rebuild Wolverhampton station. Enabling works have commenced on the £19m project, which form part of a wider £150m investment led by Ion Developments. The current phase is expected to be completed in 2020, and includes an ‘enhanced’ ticket office, larger concourse, and improved retail facilities.