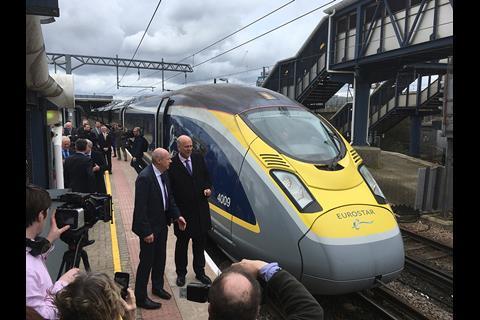 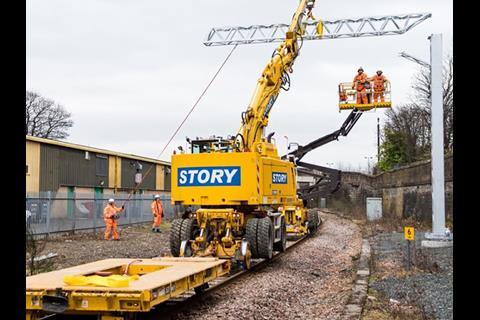 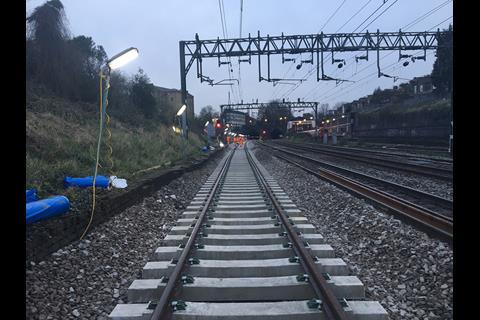 A 15 000-strong workforce completed more than 400 Network Rail projects over the Easter period from March 30 to April 2. Major schemes included the closure of Manchester Victoria to allow track to be replaced and to lower track under Cheetham Hill Road bridge as part of Manchester to Stalybridge line speed improvement upgrade; works continued on the Preston – Blackpool North line; sleepers were put in place at Kensal Green; on the Great Eastern Main Line turnouts were installed at Gidea Park, new overhead wires at Ilford and overhead line equipment structures at Forest Gate. There were improvements to Sevenoaks tunnel, new signalling brought into use through Mitcham Junction and Sutton, and track was relaid between New Cross Gate and Norwood Junction. At Bristol, Network Rail undertook one of its largest signal testing and renewal schemes.

Transport for the North will formally take up its powers as England’s first Sub-national Transport Body for the first time at its inaugural board meeting in Liverpool on April 5. ‘This initial meeting will see the adoption of Transport for the North’s constitution and formal appointment of statutory officers, as well as the approval of a business plan and budget for 2018-19‘, according to Chief Executive Barry White.

Network Rail has appointed Story Contracting to undertake works at Edinburgh Waverley including the construction of platform extensions, refurbishment of buildings and the installation of walkways and escalators. Former Carillion staff working on the scheme will join Story as direct employees.

Eurostar Siemens Velaro e320 trainsets began calling at Ashford International station on April 3, following the completion of a £10m programme to modify the infrastructure for use by the Continental-profile high speed trains. This included the installation of new signalling and train protection equipment and modification of the international platforms. The project was undertaken by Network Rail, backed by Kent County Council and Ashford Borough Council with funding from the South East Local Enterprise Partnership through the Local Growth Fund.

RSSB has issued an updated standard designed to help operators who wish to introduce tilting trains onto their routes, to help them calculate the permissible speeds on their routes.

The Office of Rail & Road published working paper 8 of the 2018 periodic review on March 28, setting out its proposed approach to balance the benefits of Network Rail being able to respond flexibly to changing circumstances against the benefits of PR18 settlements for routes in England & Wales and Scotland, the Freight & National Passenger Operator route and the System Operator. Responses and engagement are invited by April 27.

RSSB has conducted modelling and analysis to predict the behaviour of the pantograph and overhead line interactions during an incident or failure. A formal analysis of the impact of changing from ceramic to polymeric insulators has been published for RSSB members.

Solo Rail is to supply Hitachi with lightweight honeycomb ceiling panels between mid-2018 and 2020. ‘This follow-on project to the highly successful lightweight cubicle assemblies being provided for IEP is a further example of our intent to capitalise on our growing presence in the lightweight interiors market’, said Managing Director Dave Hunt. The company is also supplying cab back wall assemblies to Bombardier for the Crossrail, London Overground and Greater Anglia Aventra fleets.