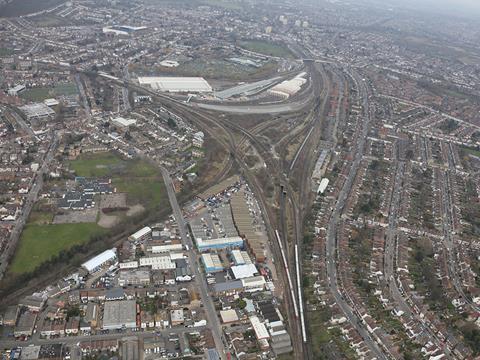 UK: On November 5 Network Rail is to begin a six-week public consultation on the proposed Croydon area remodelling scheme. This aims to improve punctuality, reduce journey times and increase capacity through a major bottleneck on the London – Brighton line.

If approved, the scheme would see lines in the Croydon, Norwood Junction and Selhurst areas reconfigured with flyovers to replace junctions, an increase from five to seven tracks north of East Croydon, and two extra platforms and a bigger concourse provided at East Croydon station

‘Removing the Croydon bottleneck is the only practical way to provide the step-change in reliability and capacity that passengers and businesses in Sussex so desperately want to see’, said John Halsall, Network Rail Route Managing Director for the South East. ‘For too long, train performance on the Brighton Main Line has been below the level that commuters and other passengers expect and deserve. While a number of factors have contributed to these issues in recent years, the basic layout of our railway through the Croydon area and the bottleneck it creates means reliability won’t ever improve to acceptable levels without significant changes.’