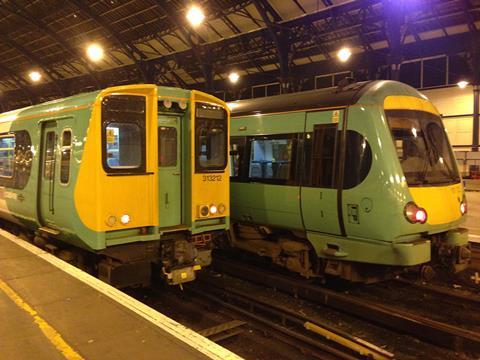 UK: Secretary of State for Transport Chris Grayling announced a package of measures to improve the resilience of the Southern network of passenger services south of London on September 1, including £20m of funding and the appointment of a project board which will work with franchisee Govia Thameslink Railway, the Department for Transport and infrastructure manager Network Rail ‘to make sure passengers get decent journeys and that problems are dealt with quickly.’

This follows what DfT described as ‘unacceptable disruption for passengers in recent months’, including ongoing industrial action by the RMT union as well as ‘unofficial disruption and guards going off sick.’

Grayling said the board would undertake a review to ‘suggest how we achieve a joined-up approach to running the train and tracks and make things work better for the public’. The board will be headed by Chris Gibb, a Non-Executive Director of Network Rail who was previously Chief Operating Officer at Virgin Rail Group responsible for operations on the West Coast Main Line. A passenger representative will also be appointed to the board, which is to present its proposals in the autumn with actions to be implemented as soon as possible.

The £20m fund includes £2m for rapid response teams to be located close to known fault hotspots; £2·5m for ‘accelerated train maintenance’; £0·8m for ‘extra signal supervisors’; and £0·9m for measures to minimise the impact of bridge strikes. There is also funding to accelerate track renewals and recruit extra staff at key stations, including East Croydon and Gatwick Airport, ‘to make sure trains get away on time‘.

Gibb said ‘committed railway people across the industry work hard round the clock to provide the best possible service to a growing number of passengers, during a time of much-needed major investment’. He aimed to ‘bring together the energy of these people to find ways to improve the delivery of this service in the short and medium term.’

GTR CEO Charles Horton said the franchisee welcomed ‘the benefits this £20m improvement package will bring for passengers, tackling some of the key infrastructure challenges on the network’. He said Network Rail and Southern would ‘continue to work closely together to ensure this investment delivers real, tangible benefits for our passengers and the new project board will ensure the programme is effectively delivered. This investment complements our existing programme of improvements which is bringing in new trains and changing working practices to improve customer service.’

RMT General Secretary Mick Cash said the £20m fund ‘stinks of another multi-million pound taxpayer subsidy to bail out the failing Southern rail part of the Govia Thameslink franchise’, adding that ‘if this huge chunk of money was allocated to maintaining the safety-critical role and the jobs of the train guards on the Southern services we could have avoided the strike action that has been forced on us again next week’.