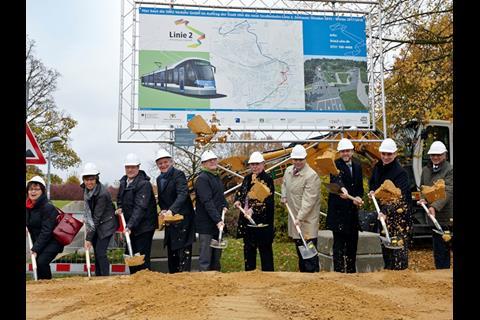 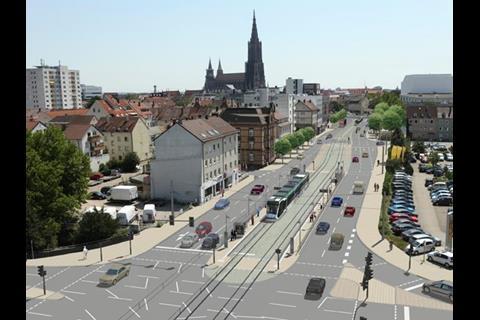 GERMANY: The official groundbreaking for the second tram route in Ulm took place on October 15, at the site of the future turning loop on Egginger Weg in Kuhberg, the southern terminus of the line.

The 10·5 km line will link the science district in the north of the city with Kuhberg in the southwest via the main line station. There will be 20 stops, of which two on a 1·2 km section in the city centre will be shared with the existing tram route.

Services are to be operated by 12 five-section Avenio M metre-gauge trams ordered from Siemens in May for €32m. Initial ridership is forecast at 8 300 passengers per day.

Funds from the federal government and the Land of Baden-Württemberg are to cover €85·3m of the cost of construction and depot expansion, with the remaining €106·7m coming from the city.