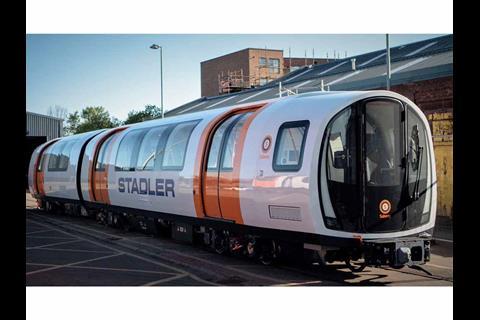 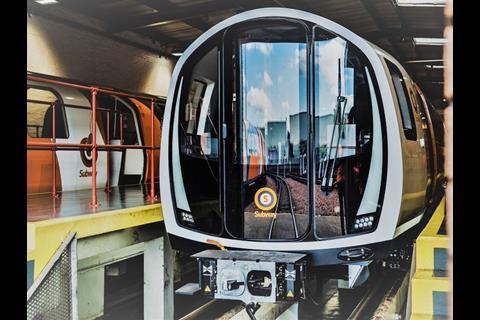 UK: The first of 17 driverless metro trainsets that Stadler is supplying for the Glasgow Subway has arrived in the city ahead of the start of on-site testing. Two more are due to be delivered by the end of the summer.

In March 2016 Strathclyde Partnership for Transport approved the award of a £200m contract for a consortium of Stadler and Ansaldo STS to supply a fleet of trains and signalling.

This is part of a £288m modernisation programme for the 10·5 km circular underground metro line, towards which the Scottish government is providing up to £246m. The modernisation also covers tunnels, track and stations, which will be fitted with half-height platform edge doors.

Expected to enter service from next year, the 1 220 mm gauge four-car trainsets with walk-through gangways will replace the existing fleet of three-car sets. According to Strathclyde Partnership for Transport, they will operate without drivers once the signalling and control systems have been fully tested.