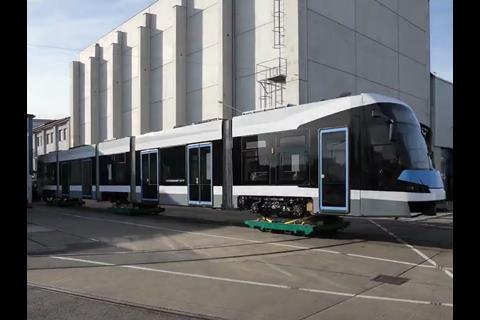 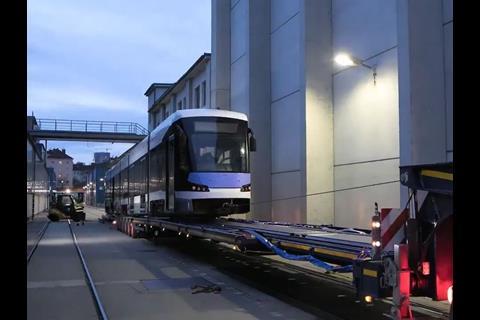 GERMANY: The first of 12 Avenio M trams that Siemens is supplying to Ulm has left Siemens’ factory in Wien and is on its way to the supplier’s Wegberg-Wildenrath test track.

Stadtwerke Ulm ordered the trams in May 2015 under a €32m contract that includes an option for six additional vehicles. They are due to enter service on the city’s existing tram line early next year and will also be used on Line 2, which is due to open in December 2018.

The 100% low-floor trams are being assembled in Wien, with bogies from Graz and traction equipment from Nürnberg. At 31 m long, the five-section trams will have capacity for 185 passengers. They are to be stabled at a new depot, on which work began in October.