Stadler to supply tram-trains to Lugano 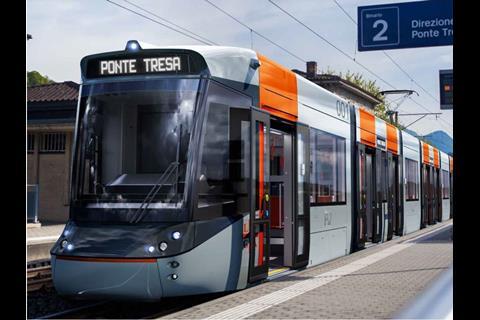 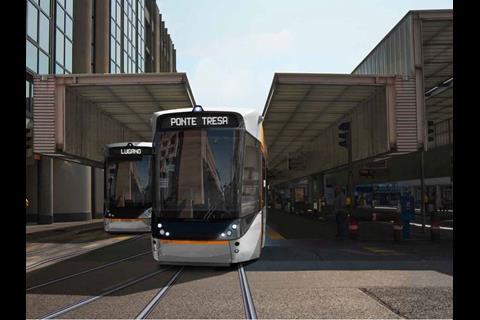 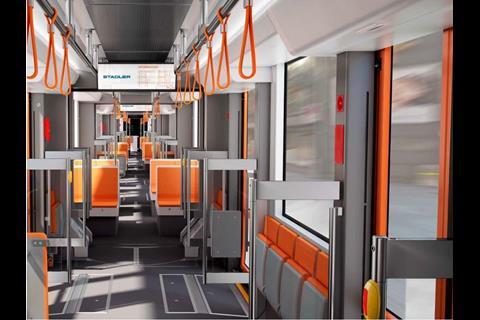 SWITZERLAND: Stadler is to supply nine tram-trains to Ferrovie Luganesi for operation on a network being developed to serve Lugano.

Deliveries under the SFr47m contract are due in 2020. The vehicles will initially operate on the existing metre gauge Line S60, which links Lugano with Ponte Tresa. The Stadler units will replace the current fleet of Be4/12 trainsets dating from 1978, some of which have a low-floor intermediate car that was added in 2002.

The 45 m long seven-section vehicles would be able to run in pairs. They will be equipped with multifunction spaces, air-conditioning, and internal and external CCTV. The 100% low-floor vehicles will have sliding step at the doors to bridge the train-platform gap.

Work on the tram-train network is expected to begin in 2020, with the first phase opening in 2027. This includes the construction of a 4 km cut-off to provide a more direct route between Lugano and Molinazzo. This would run in a 2·3 km tunnel to a station under the main line platforms of Lugano Centro, before resurfacing to join a 250 m street-running extension to a new terminus in the city. The first phase also includes a 1·9 km branch running north from Molinazzo to Manno.

It is envisaged that services on each branch would run every 15 min, giving a 7½ min frequency between Molinazzo and Lugano Centro.

In the longer term routes could be built north from Lugano Centro to Cornaredo and south to Pian Scairolo. An extension from Manno to the railway station at Lamone is also planned.

Last year the Grand Council of Ticino approved SFr1·5m towards the first phase, following the approval of SFr300m by the Federal Council in 2016.

Ferrovie Luganesi currently carries 2·5 million passengers a year, and has seen ridership increase by 70% in the past 10 years.