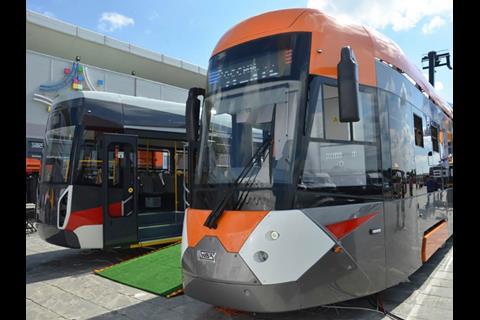 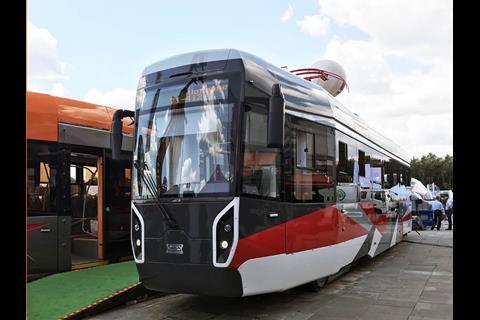 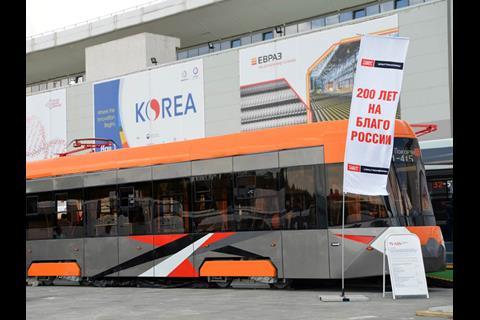 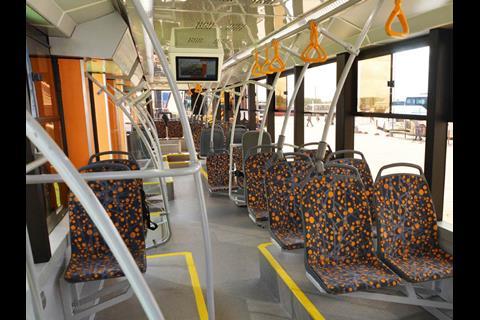 The Type 71-415 is a fully-low floor vehicle designed in-house by UTM as the basis for a planned family of two, three and four-section vehicles. The single section version has 30 seats and a total capacity of 190 passengers.

The plastic side panels are designed to be easy to replace in the event of damage.

Following the exhibition, the prototype is expected to undergo testing in Nizhny Tagil.

UTM Chief Executive Vladimir Gorodilov said the 36% low-floor Type 71-412 is intended as a successor to the ageing Tatra T3 vehicles still operated by many Russian networks. It incorporates Czech technologies supplied under agreements reached after Czech President Miloš Zeman visited the city in 2017. The four-axle vehicle has 29 seats and a total capacity of 178 passengers.

The prices of the two vehicles were not disclosed but were said to be ‘significantly’ less than 50m roubles per vehicle.