Volgograd airport link to be ready for kick-off 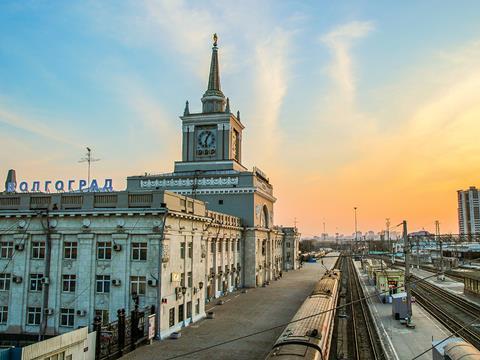 RUSSIA: The planned rail link to Volgograd Airport is to be completed in time for the FIFA World Cup in June and July 2018, Russian Railways has announced.

The project involves the construction of a 1·2 km electrified line between Gumrak station and the airport terminal, where there would be a new station with a 176 m long island platform. The 272m rouble cost is being funded from RZD’s own resources.

Trains from the main Volgograd-1 station would take around 30 min to cover the 24 km route to the airport.