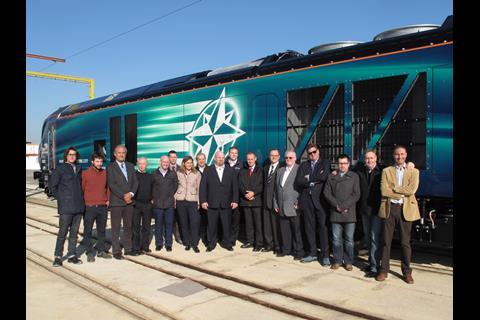 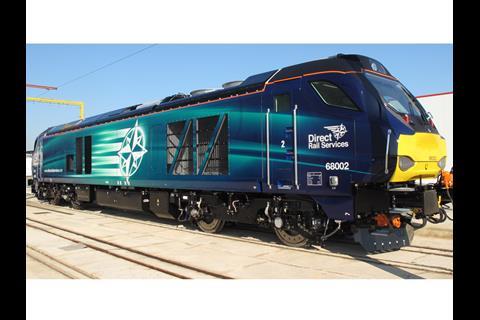 The second of the UKLight design to be completed is due to be delivered to the UK in early 2014 following tests at the plant; the first is currently undergoing trials at the Velim test track in the Czech Republic.

The DRS delegation including representatives from Beacon Rail Leasing was hosted by Vossloh España s CEO Iñigo Parra and the project team, touring the production facilities as well as inspecting the locomotive.

Weighing around 85 tonnes, the Bo-Bo diesel-electric locomotive is powered by a Caterpillar C175-16 engine rated at 2 800 kW at 1 800 rev/min. This is coupled to an ABB asynchronous generator, which in turn feeds four nose-suspended asynchronous motors fed by ABB Bordline CC1500 traction inverters; wheel diameter is 1 100 mm. The loco is equipped with dynamic braking rated at 2 100 kW, backed up by electro-pneumatic brakes from Knorr Bremse.

Ordered on January 5 2012, the 15 locomotives are designed for a maximum speed of 160 km/h. The open access freight operator intends to use them for both freight and passenger services, replacing Sulzer-engined Class 47 Co-Cos built by Brush in the mid-1960s.