Whither the train crew? 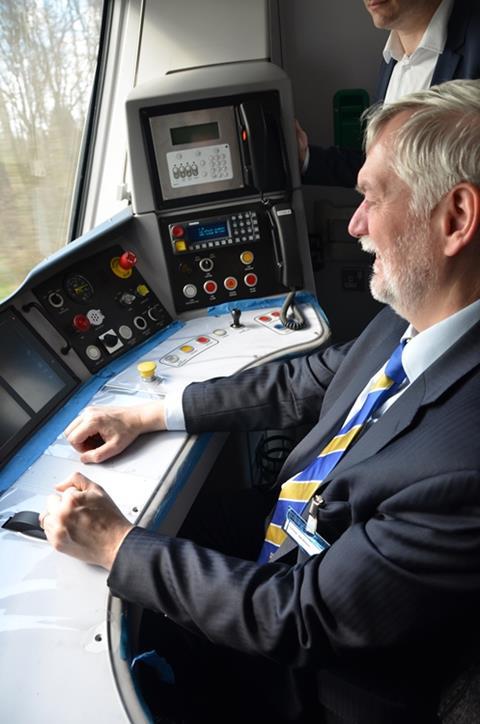 How many people does it take to run a train? The answer, of course, depends on the type of train, the location, and whether you include staff on and off the vehicles. But the question is constantly being asked by both freight and passenger operators.

A heated debate is underway in the USA over a proposed rule from the Federal Railroad Administration which would dictate minimum crew sizes. Not surprisingly, regional railways and short lines are particularly worried, while the Class I railroads are arguing that they need to retain the freedom to negotiate staffing arrangements with their unions as economic circumstances dictate.

At one time several US states had ‘full-crew’ laws requiring five or six people – driver, fireman, conductor and up to three brakemen - regardless of the fact that technology had made those roles redundant. The result was to make the railway less competitive, and encourage the operation of fewer, longer trains to try and improve productivity. Today, most US freight trains run with just a driver and a conductor.

Around the world more and more railways operate freight trains with only a driver, but some countries still require two people on a locomotive. Safety is often cited as a reason, although the benefits of back-up must be weighed against the risks of distraction. An international study undertaken for AAR by Oliver Wyman found no evidence that single-person operation was less safe that having two crew members.

A bigger concern is dealing with failures. Walking the length of a 3 km freight train in all weathers at any time of day or night to find a fault is never going to be quick. Single-person operation needs robust and reliable equipment, supported by greater use of real-time condition monitoring systems.

Turning to the passenger sector, there are ongoing disputes in the UK where franchisees Southern and ScotRail are seeking to expand the use of 'driver-controlled' operation for their new train fleets. DCO transfers responsibility for opening and closing train doors at stations to the driver, freeing the guard to become an 'on-board supervisor' dealing with revenue collection and passenger service functions. As with driver-only operation, it would only be implemented where suitable technology is provided to monitor the platform-train interface.

The unions are concerned about who is responsible for the safety of the train, fearing that DCO could become DOO by default. While many suburban trains run under DOO, single-person operation of passenger trains over longer distances is less common. In the event of any incident, a two-person crew can share responsibility for protecting the train and its passengers.

One downside of these disputes – like the ongoing unrest in France over reforming the employment conditions of railway staff – is that they create a negative public perception of the railway as old-fashioned and resistant to change.

Meanwhile, initiatives in the automotive sector are increasingly threatening rail's competitive advantage. Sweden is developing an electrified road where heavy lorries can draw power from overhead lines, while several manufacturers are working on 'truck platooning' using advanced positioning systems. As we have commented before, rail needs to harness such disruptive technologies faster.

One result is likely to be more automation. The total route length of driverless metro lines has increased by 17% since 2014, according to a report published by UITP's automated metro observatory on July 19. Automating metros is easier, as they tend to operate over shorter distances in populated areas, and are fully segregated to minimise intrusion. It is also quicker to get staff to a stranded train in the event of a failure.

Nevertheless, automation is gradually finding its way into the main line sector, as discussed at a recent Rail Forum Europe seminar in Brussels. Suburban operators are looking to draw from metro experience in introducing ATO, often in conjunction with ETCS. Most applications currently envisage GoA2, retaining a driver in the cab. Rio Tinto's AutoHaul project is pioneering automated operation of heavy freight trains in the sparsely inhabited Australian outback, and there will undoubtedly be important lessons for others to learn.

DB Chairman Rüdiger Grube envisages that the German operator will be running automated trains within five years, having initiated pilot trials on the Erzgebirgsbahn. An early application is expected to be the Betuwe Route in the Netherlands – a purpose-built and fully segregated freight railway equipped with ETCS Level 2. According to Grube, one of the primary reasons for the development is an impending shortage of train drivers. And DB is not the only railway facing the challenge of finding and training sufficient skilled staff.

So where does that leave the train crew? There is no single answer. Throughout the history of the railway, staff roles have evolved in the face of technical innovation and economic necessity, and management, unions and regulators must recognise the inevitability of change. Productivity and performance are not fundamentally incompatible, and there will always be many roles for people on the railway, dealing with customers and managing technology. The over-riding objective must surely be to ensure sufficient flexibility to attract and deploy enough of the right people in the right places at the right time.