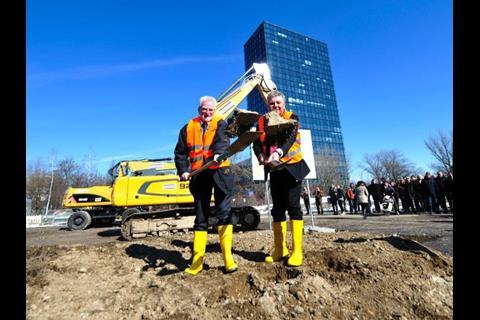 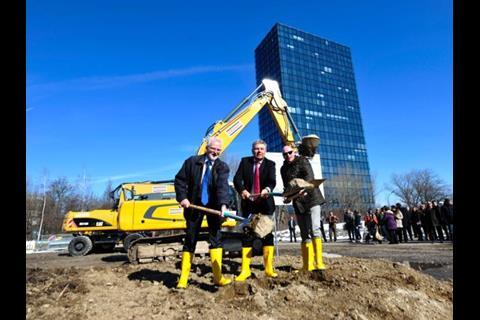 The 2·7 km extension would link Max-Weber-Platz U-Bahn station with Berg am Laim S-Bahn station, forming the eastern end of tram route 25. Between Max-Weber-Platz and Vogelweideplatz, 1·4 km of track existing track along Einsteinstraße, currently used as access to MVG's main tram depot, would be put into revenue service. In addition, 1·3 km of new track will be built between Vogelweideplatz and Hultschiner Straße.

The extension will run along reserved grassed track, with an end-to-end journey time of 8 min. Ridership is forecast at 7 000 passengers per weekday. Three of the six stops will have bicycle racks to support better integration of different transport modes, and 76 catenary masts will be installed.

Approved by the city in 2014, the project costs €18m and is being funded by the Land of Bayern from its federal allocation. Enabling works started in 2014 and commissioning could take place later this year.