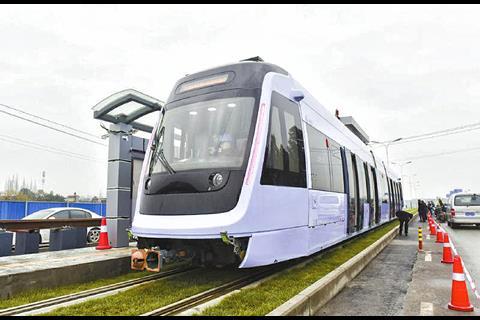 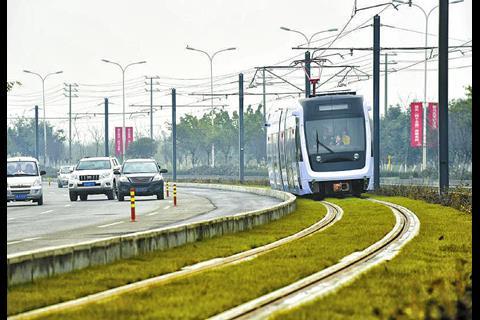 CHINA: Construction of the second tram line in Chengdu began on September 28.

Preliminary works started in December 2015. The route comprises a 27·7 km line with 33 stops from Chengdu West railway station to Pixian via Xinje Road and an 11·6 km branch from Xinje Road to Ren He Cun with 14 stops.

Two stops will be on a 1·8 km elevated section, with the rest of the route at grade. Interchange will be provided with four metro lines.

Opening is scheduled in 2018, with four stops due to be commissioned later than the rest. Services will be operated with a fleet of five-section trams each with capacity for 380 passengers.

The line is one of six planned for Chengdu. In February test running started on the first phase of Xinjin Line. This 9·7 km, 16-stop section from Xincai 28th Road to Xiwang Road is due to be extended east, with the full 13 km line scheduled to open in 2018. Xinzhu Corp is supplying 15 three-section low-floor trams, of which nine are required to operate the first phase.