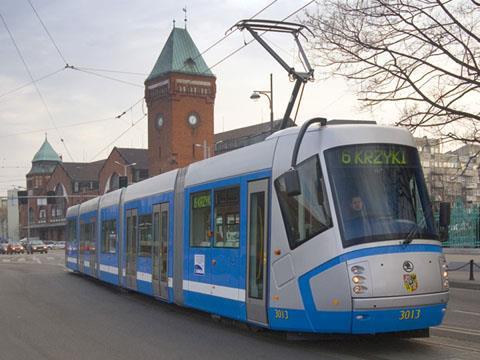 POLAND: Wrocław Mayor Rafał Dutkiewicz announced on May 5 that a tram line will be built to the Nowy Dwór housing estate in the west of the city.

Previous plans had envisaged bus rapid transit to link the estate to the city centre, but according to the city authority, residents have expressed a preference for trams, even if it would take longer for services to start.

Shared tram and bus lanes, segregated from other road traffic, are envisaged, along with a tram viaduct and a turning loop on ul Rogowska at the western edge of the estate.

Services could start in 2019. Two routes are proposed, including one linking the estate with Plac Grunwaldzki.

Dutkiewicz said that to fund the project he will try to negotiate a larger share of EU funding than originally allocated to city transport projects, of up to 100m złoty. If this is not forthcoming, the extra funding is expected to come from the city.