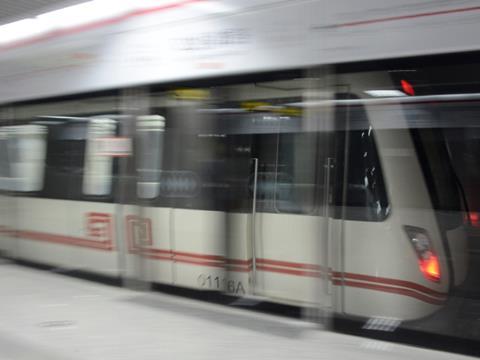 CHINA: The Zhengzhou metro opened for revenue service on December 28. The first phase of Line 1 runs from Xiliuhu in the west to Sports Centre in the east with 18 intermediate stations. The line serves both Zhengzhou railway station and Zhengzhou East station, where interchange will be provided with high speed services.

The line is the first of a five-line network planned to open by 2019, with four more lines to open by 2025. Extensions of Line 1 at both ends are also envisaged.