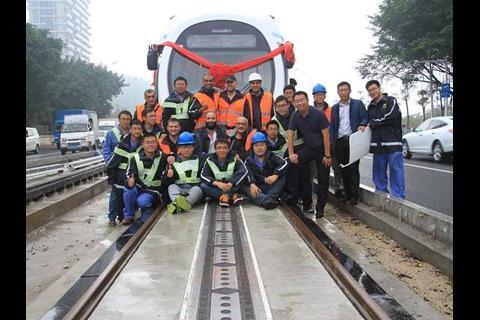 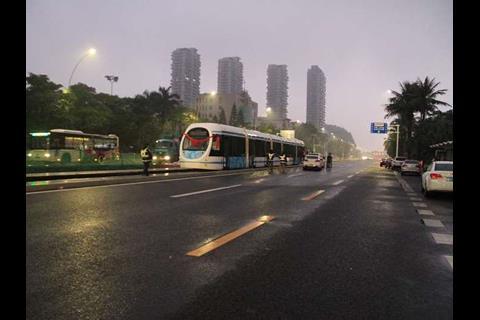 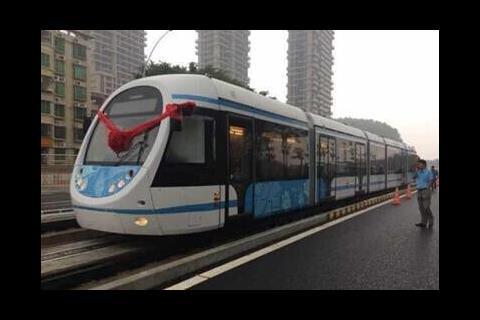 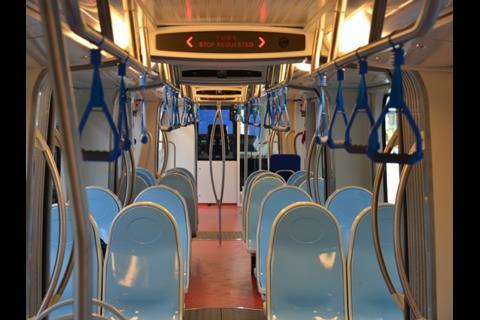 CHINA: Trial operation on the Zhuhai tramway started on November 7, when invited VIPs took an initial ride. The launch coincided with the city holding the 10th China International Aviation & Aerospace Exhibition, which began on November 11.

Trial running is initially taking place on the eastern section of the 8·9 km first phase of Line 1, between Haitian Park and Zhongda Wuyuan. The opening of the entire first phase is expected in May. The route has 14 stops and runs from Haitian Park to Shangchong, where the depot is located.

CNR Dalian and AnsaldoBreda are providing 10 five-section Sirio trams under a 10-year licensing agreement signed between the two firms in 2012. The first two 100% low-floor trams have been manufactured at AnsaldoBreda’s Pistoia factory in Italy, and the rest will be assembled in China.

CNR Equipment Engineering Co is the general contractor for the line, and the China Tramway Corp joint venture of CNR Dalian and Taiwan General Resources Co is installing TramWave ground-level power supply under licence from Ansaldo STS to enable catenary-free operation. This consists of 3 m to 5 m long modular trough sections embedded between the running rails, enclosing a series of 500 mm steel contact plates. A retractable copper and graphite shoe on the tram bogie uses hybrid permanent magnets to lift the contact plates and complete a circuit which channels electricity to the tram. Only the section underneath the vehicle is energised at any given time.

Catenary-free operation was specified because of the high incidence of typhoons in Zhuhai. According to China Tramway Corp, four workers can replace a damaged TramWave module in 30 min. CNR Dalian said the early trials had proved that the technology could work in heavy rain, which is common in the area between March and November.