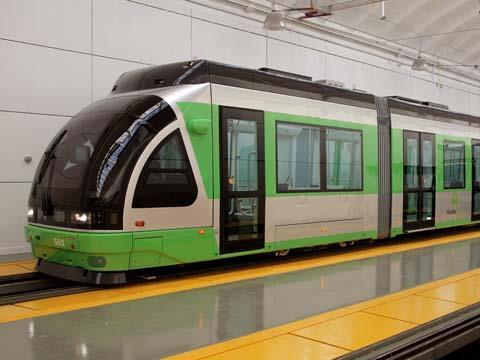 SPAIN: Euskotren has awarded CAF a €14∙5m contract to supply three seven-section LRVs for the Vitoria light rail network, and to extend from five to seven sections three of the 11 Series 500 LRVs it had supplied for the opening of the route in 2008.

The seven-section LRVs will be able to accommodate 400 passengers each, compared to 270 for the existing five-section vehicles. The new LRVs will feature a passenger-counting system as well as track to train communications and on-train monitoring and recording.

For the third year in a row, traffic on the Vitoria network is expected to set a new record in 2017, a total of 8 million passenger-journeys having been recorded up to December 26. Demand is expected to grow further with the opening of an extension from Angulema to the university campus, due to open in summer 2019.